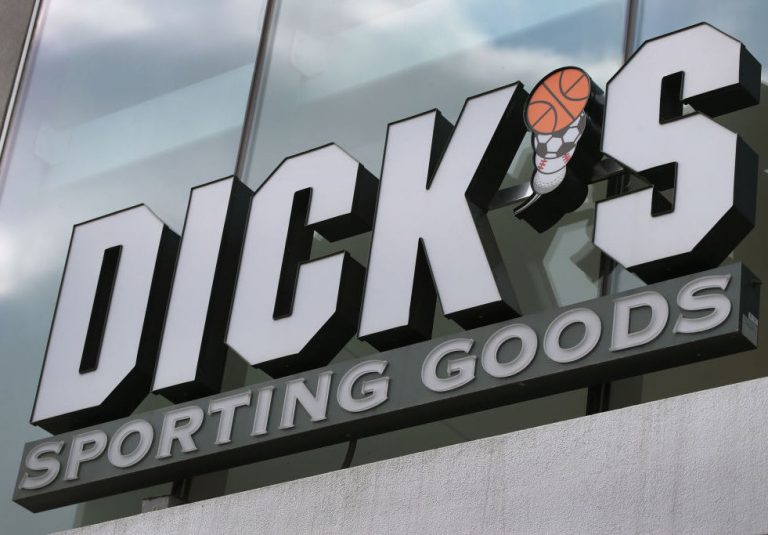 The CEO of Dick’s Sporting Goods told CBS News this weekend that his decisions to stop selling certain guns and hire lobbyists to push for new gun bans have cost his company roughly $250 million.

CBS Sunday Morning host Lee Cowan asked Dick’s CEO Ed Stack how much his company lost after the retailer decided to stop selling firearms to anyone under the age of 21.

"About a quarter of a billion," Stack replied. "Pretty close."

Stack also said the company destroyed $5 million worth of rifle inventory because Stack believed no one should be allowed to own them.

"I said, ‘You know what? If we really think these things should be off the street, we need to destroy them,’" he told CBS.

In the interview, Stack was unapologetic about the loss of hundreds of millions of dollars worth of revenue. He said the company lost about as much money as he expected it to lose when he decided to institute a new gun control posture.

That is consistent with Stack’s previous statements on the losses associated with his decision. In the company’s 2018 annual report, he wrote that gun sales were a "sizeable part" of Dick’s business and that his push for the company to support new gun control laws significantly hurt that business. However, this did not make him reconsider his decision to use company resources to lobby for gun control and to remove certain guns from stores.

"The hunting category is a sizeable part of our business; however, there has been an overall slowdown in sales in this category since the announcement of our new firearms policy," the annual report read. "Despite this, we continue to believe that implementing this new policy is the right decision for our athletes and our communities. In fact, if we could go back and revisit it, we would still make the same choice today."

Still, the same annual report noted that the company’s alienation of both the gun industry and gun owners led directly to a significant drop in its gun business and could continue to have an impact going forward.

"Negative publicity or perceptions involving the Company or our brands, products, vendors, spokespersons, or marketing and other partners may negatively impact our reputation and adversely impact our ability to attract and retain customers and employees," the report’s section on risk factors said. "For example, after the Company announced changes to its policy relating to the sale of firearms and accessories and announced its support for certain gun reform measures in the first quarter of 2018, the Company’s hunt business experienced an accelerated decline."

As the 2018 annual report notes, the gun industry had been experiencing a slowdown in sales over the last several years, a trend that has actually blunted the impact of the backlash against Dick’s. But Stack’s aggressive embrace of gun control is likely to cost Dick’s shareholders more money moving forward.

The gun industry has seen a significant uptick in sales over the past two months, as Democrats and corporate leaders have leaned into gun control. While the gun industry is moving toward record sales, Dick’s is in the process of eliminating all gun sales at 125 of its stores, and Stack is considering pulling the retailer completely out of the gun business.