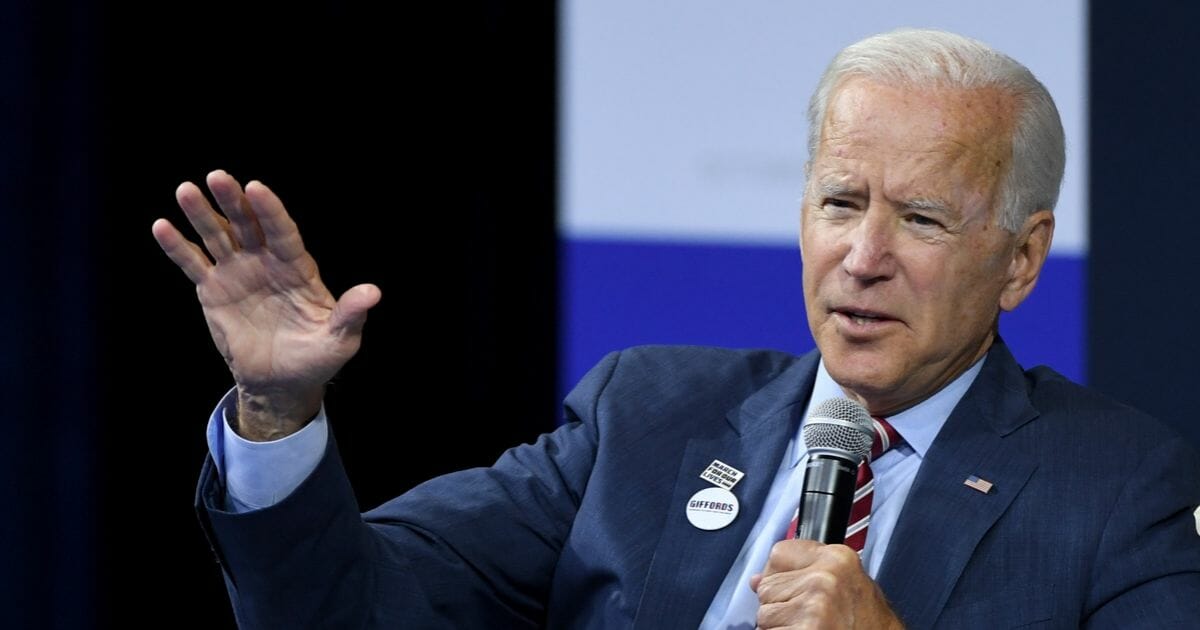 How much do you trust a Ukrainian lawmaker with unverified documents who unveiled them to the world at a news conference hosted by a Russian-owned news agency?

If you’re Trump attorney Rudy Giuliani, you trust them quite a bit. If you’re a partisan of former 2020 Democratic front-runner Joe Biden, you likely trust them not at all.

If one side is completely right here, it could have a major effect on the 2020 presidential race.

On Wednesday, Andriy Derkach, a member of Ukraine’s Parliament, held a news conference hosted by wire service Interfax-Ukraine. In it, he accused former Vice President Joe Biden of accepting almost $1 million for consulting services from Ukraine energy giant Burisma while he was in office.

(Burisma, for those making their domiciles under rocks, is the company that paid Biden’s son Hunter $50,000 a month to serve on its board.)

TRENDING: Resolution To Expel Nancy Pelosi from Congress Introduced Pursuant to Article 1, Section 5 of the US Constitution

Wednesday night, appearing on Sean Hannity’s Fox News show, Trump lawyer Rudy Giuliani brought up Derkach’s claims to buttress his case that the Bidens had been up to some dirty dealing in the former Soviet republic.

“Biden, his son and his brother had a 30-year-long scam to make money, millions, selling his public office,” Giuliani said.

“Do you think we’re going to hear [from] the press that a member of the parliament in Ukraine held a press conference today and — name was Andriy Derkach, you won’t hear this on the news, ladies and gentlemen, because they censor it, you only get the news the Dems want you to hear — Derkach publicized documents which he said described the mechanisms for getting money by Biden Sr.”

Do you think this scandal will cost Joe Biden the Democratic nomination?

Giuliani then quoted Derkach during the news conference:

“This was the transfer of funds for lobbying activities, as investigators believe, to Joe Biden through a lobbying company,” he said.

“Funds in the amount of $900,000 were transferred to the U.S.-based company Rosemont Seneca, which according to open sources is affiliated with Biden. The payment reference was for consultative services.”

Giuliani went on to describe some of Derkach’s further comments — which, taken in full, seemed pretty damning.

“Using political and economic levelers of influencing Ukrainian authorities and manipulating the issue of providing financial aid to Ukraine, Joe Biden actively assisted closing criminal cases into the activity of former Ukrainian Ecology Minister Mykola Zlochevsky, who is the founder and owner of Burisma Group.”

On “Hannity,” Giuliani expanded on that.

“Let me tell you who Mykola Zlochevsky is,” Giuliani said. “He’s a major oligarch. He stole $5 billion from his people. He very suspiciously was allowed to come back [to Ukraine]. His case got dismissed when they dismissed Hunter Biden’s case [involving Burisma] … This guy’s one of the major criminals in the Ukraine and he’s now walking around free because Joe Biden got the case dismissed.”

“This case stinks. They can run away from it all they want,” Giuliani added.

Obviously, accepting this kind of gift from a state-run company during his time as vice president would be incredibly illegal and a major new twist in the Biden case — something that Giuliani no doubt knew when he brought it up on Hannity’s show.

It’s also a difficult sell when you consider the source. It’s not just the fact that the story is a hard one to believe. Even with new leadership, Ukraine isn’t necessarily known as being corruption-free — or the kind of place where a blockbuster story about corruption can be believed on its own merits.

The fact that this happened at a news conference hosted by a Russian-run wire service seems more than a bit sketchy, particularly when you consider the fact that the motive behind the news conference seemed to be exculpating Ukraine’s current president, Volodymyr Zelensky, and pinning electoral interference in American politics on Ukraine’s former leadership.

“We see the conflict in which the new government of Ukraine faces due to the activities of the previous president,” Derkach said at the news conference, according to Interfax-Ukraine.

“I want to emphasize that I’m almost sure, and not only I, but many journalists, that [former Ukrainian President Petro] Poroshenko personally bears responsibility for the situation in which Ukraine has ended up, for dragging Ukraine into interfering in the U.S. presidential election, for a huge number of corruption scandals and international corruption that could not have occurred without his control or participation.”

These are not the kinds of things you want to hear in a Joe Friday “just-the-facts-ma’am” news conference, particularly in a country that has a history of corruption. For its part, the Biden campaign refused to comment when contacted by the U.K. Daily Mail about Giuliani’s remarks.

So, will this end up being a major new wrinkle in the Bidens’ Ukrainian troubles?

Or, will this end up being a major embarrassment for Rudy Giuliani?

One thing’s for sure — this one isn’t likely to be forgotten anytime soon. It’s also going to shine an unwanted spotlight yet again on what the Bidens were doing in Ukraine back during the Obama era.