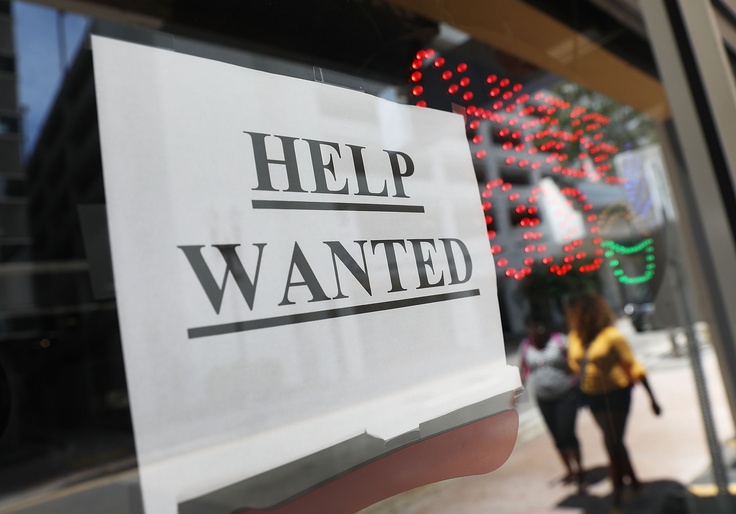 A new report from three economists at the Committee to Unleash Prosperity says the generous unemployment benefits contained in President Joe Biden’s $1.9 trillion stimulus plan are to blame for the country’s record-setting labor shortage.

The report estimates that the total value of unemployment benefits for a family of four is more than $72,000 per year, which is higher than the $68,000 median household income. "The maximum benefit package when including the $300 a week supplemental UI benefit exceeds $100,000 at an annual rate," according to analysis from the report.

Rep. Jackie Walorski (R., Ind.), who serves on the House Ways and Means Committee and appeared alongside the economists on Wednesday, expressed concern about the impact of the continuation of employment benefits on small businesses.

"They’ve survived government-imposed shutdowns and restrictions, they’ve survived demand fluctuations in supply chain disruptions, which is a very real issue," Walorski said. "They’re struggling to survive, though, because the government is paying people to stay at home more money than they would make if they actually got back in the workforce, and it doesn’t make sense."

Republican members of Congress have sought to end the bonus unemployment benefits to alleviate the jobs crisis and jump-start the economy, but the Biden administration has rebuffed such efforts for months. Twenty-five states, all led by Republican governors, have opted to end the benefits early.

"We don’t think it’s an accident that the blue states have more generous packages for the unemployed, and they have higher unemployment rates," said report author Casey Mulligan, an economics professor at the University of Chicago. "This is probably not an accident. This is part of the reason why their recoveries are going to take longer and red states have had an easier time emerging back to normal life."

A White House official told the Washington Free Beacon on Tuesday that the responsibility falls on businesses to offer workers more generous salaries.

"If companies need to work harder, need to offer better wages, more benefits to attract workers, so be it," the official said.