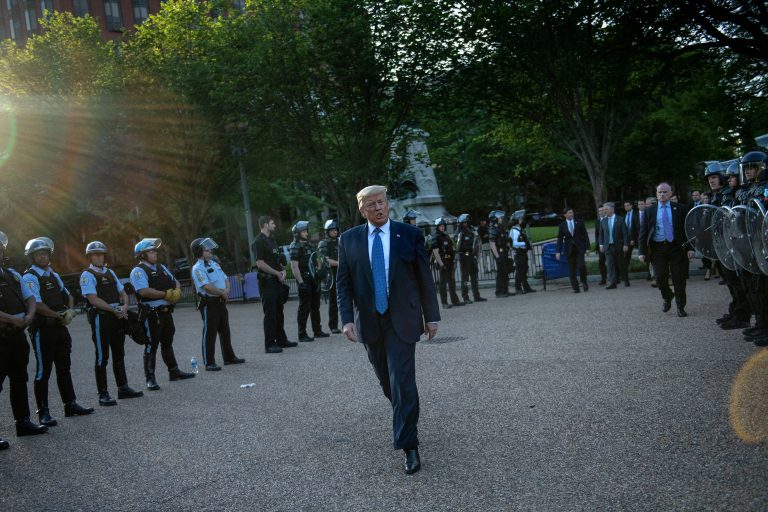 A government watchdog concluded that then-president Donald Trump did not order police to clear protesters in order to stage a photo op during last summer’s Black Lives Matter protests, a claim Joe Biden and Kamala Harris parroted at the time.

The Interior Department’s inspector general said in a report released Wednesday that U.S. Park Police cleared protesters from Lafayette Park so that a contractor could erect fencing in order to protect federal property and police officers. Police planned to build the fence hours before learning Trump would walk from the White House through Lafayette Square to give a speech outside St. John’s Episcopal Church.

The finding deals a severe blow to a longstanding Democratic allegation that Trump and then-attorney general William Barr ordered police to use force to clear protesters from the park. Biden and Harris pushed the now-debunked photo op narrative shortly after the protests.

"When Americans peacefully protested outside the White House, this president tear-gassed them for a photo-op," Biden tweeted a day after the protests.

The Biden campaign echoed the allegation in an ad on June 12, 2020.

"[Trump is] afraid he looks too weak, so he has tear gas and flash grenades used on peaceful protesters just for a photo op," went the Biden ad.

The inspector general’s report states, "The evidence we obtained did not support a finding that the [United States Park Police] cleared the park to allow the President to survey the damage and walk to St. John’s Church."

The White House did not respond to a request for comment.