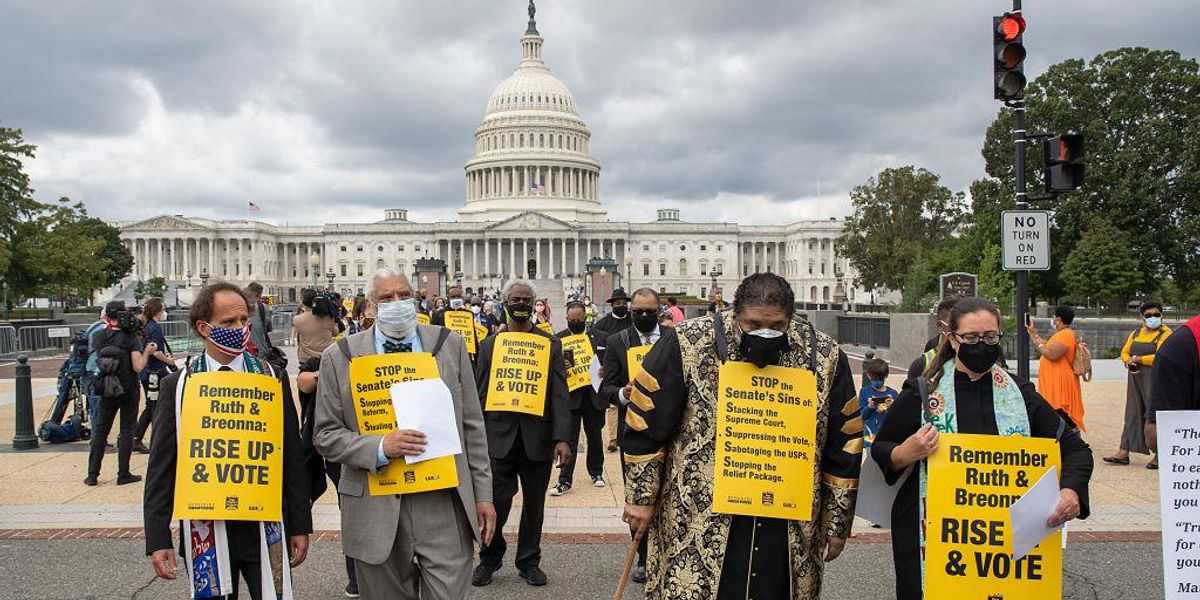 A group funded by infamous left-wing megadonor George Soros and backed by dozens of progressive House Democratic lawmakers kicked off a yearlong campaign to advocate for radical socialist policy reforms this week.

As a way to kick off the campaign, the group announced plans for a "Moral March" protest against Democratic Sen. Joe Manchin (W. Va.) over his recent decision to oppose H.R.1, a sweeping federal election reform bill.

According to the Washington Free Beacon, the group was buoyed following the death of George Floyd by a sizable grant from Soros’ Open Society Foundations through the organization’s $220 million "anti-racist" initiative. It is supported by 30 House Democrats, including outspoken Reps. Cori Bush (D-Mo.), Rashida Tlaib (D-Mich.), Pramila Jayapal (D-Wash.), and Jamie Raskin (D-Md.).

The outlet noted that in a news release announcing the grant, Open Society Foundations touted groups like the Poor People’s Campaign, which are "fighting for an end to policing as we know it."

Alex Soros, the foundation’s deputy chair, added, "This is the time for urgent and bold action to address racial injustice in America."

In the "Third Reconstruction" resolution on its website, PPC states: "[We] recognize that these times require moral policies aimed at fully addressing the interlocking injustices of systemic racism, poverty, the denial of health care and ecological devastation, militarism, and the distorted moral narrative of religious nationalism, as a third Reconstruction to build an equitable, thriving, and resilient economy from the bottom up."

To accomplish that goal, the group advocates for the implementation of federal living wage laws, a guaranteed annual income, guaranteed housing, "relief from student debt, housing debt, utilities debt, medical debt, and other household and personal debt," the "demilitarizing" of the southern border, and much more.

One senior GOP Senate aide described the resolution as the "next Green New Deal," the Free Beacon reported.

The outlet added that "in 2018, the group organized ’40 Days of Action,’ which resulted in thousands of arrests" as "protesters in dozens of states held sit-ins at government offices and blocked roads while demanding local legislators pass hikes to the minimum wage and expand welfare benefits."

Here’s more about the campaign:

The Demands of the Poor People’s Campaign (abridged) youtu.be