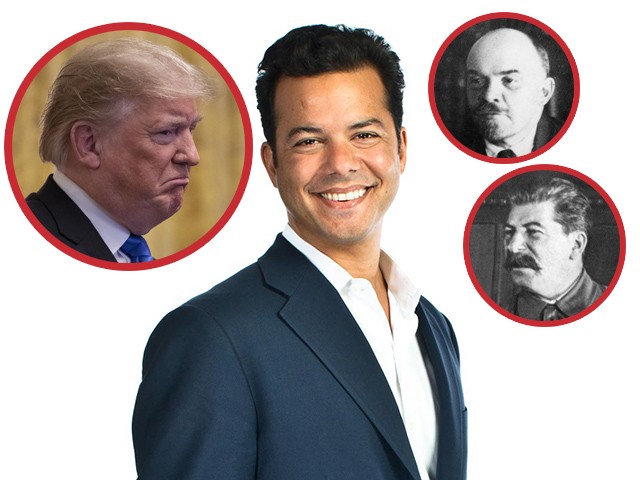 Avlon began the segment by criticizing President Trump for pushing back against media reports falsely blaming him for the deadly Pittsburgh synagogue shooting on Saturday:

After the deadliest anti-Semitic massacre in American history, Trump returned to calling migrants 1,000 miles away from the U.S. Border an “invasion,” echoing the language that the alleged shooter used in a social media post before unleashing his AR-15 in the Tree of Life synagogue. So let’s take a closer look at those two phrases President Trump has decided to carry into the electoral ballot. Buckle up for a quick and disconcerting history lesson.

“The enemy of the people” isn’t a phrase you generally hear from the U.S. presidents. But it was used during the French revolution by radicals that accused their enemies of — get this — spreading false news, to divide or trouble the people. It was trotted out again during the Soviet era to justify mass murder, by Lenin and Stalin. When Khrushchev took over, he apologized for the state-run slaughter, explaining, “the formula ‘enemy of the people’ was specifically introduced for the purpose of physically annihilating” real or imagined political opponents. And while Donald Trump loves to accuse Democrats of wanting to make American like Venezuela, Hugo Chavez, you guessed it, called his political opponents “enemies of the homeland.”