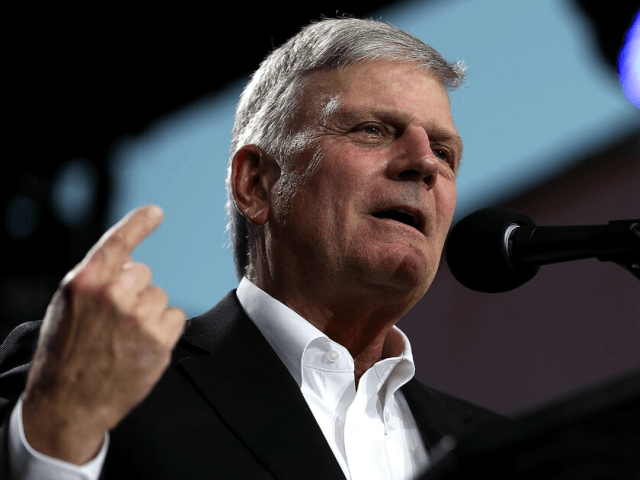 Facebook issued an apology for banning the Rev. Franklin Graham from posting on the social networking site for 24 hours and censoring one of his posts, a Facebook spokesperson announced Saturday.

The spokesperson told the Charlotte Observer that a member of Facebook’s 15,000-member content review team banned Graham’s account over a 2016 post he made about North Carolina’s House Bill 2 because it violated the social networking site’s policy on “dehumanizing language.”

The post in question referred to rocker Bruce Springsteen’s comments calling House Bill 2— also known as the bathroom bill— a step “backwards instead of forwards.”

“He says the NC law #HB2 to prevent men from being able to use women’s restrooms and locker rooms is going ‘backwards instead of forwards,’” Graham’s post from 2016, which referred to Springsteen, reads. “Well, to be honest, we need to go back! Back to God. Back to respecting and honoring His commands.”

Graham announced on Facebook Friday that administrators temporarily banned him from posting on the site and removed the post in question over the past week, criticizing the social media giant for “policing speech”:

Graham, in true Christian fashion, announced Sunday he would accept the social media giant’s apology and encouraged everyone— including those who work at Facebook— “to stand on God’s Word and His truth”:

The Christian evangelist also posted a screenshot of Facebook’s apology, which stated that his post did not “go against” the site’s “Community Standards”: