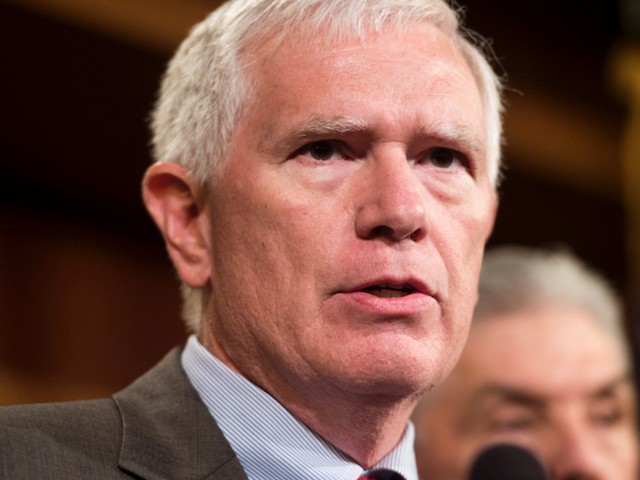 Sunday on WAAY’s “Guerrilla Politics,” Rep. Mo Brooks (R-AL) said the government shutdown will end when the amount of “American blood” on the hands of Democratic leadership becomes overwhelming.

Brooks said, “It is a very tough position that the Democrats have put us in. On the one hand you have got thousands of Americans who are dead each year because of the Democrats’ refusal to secure the border. Those Americans are dying either because they have been murdered by illegal aliens, vehicular homicides by illegal aliens or the illegal narcotics that are shipped into the country by illegal aliens and their drug cartels with the drug overdoses that are in the tens of thousands of lost American lives per year.”

He continued, “So the question is going to be how much blood, American blood, you have to have on the hands of the Democrats leaders like Nancy Pelosi and Chuck Schumer before they will help us with border security? Or is their craving for power such that they are willing to accept the loss of American lives?”