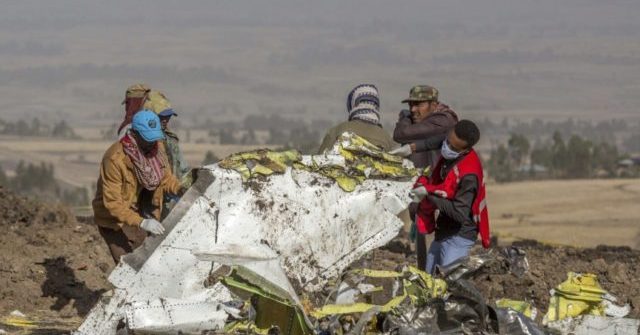 A new report reveals that an Ethiopian Airlines pilot warned executives that pilots needed more training on the Boeing 737 Max. The Pilot said in an email that “it will be a crash for sure” if pilots faced a malfunction and other warnings at the same time. His warning came just months before the airline’s fatal crash involving a 737 Max.

According to a report from Bloomberg News, an Ethiopian Airlines pilot told senior officials that pilots needed more training in order to properly operate the Boeing 737 Max aircraft. The 737 Max planes were recalled after two were involved in fatal crashes. In March, an Ethiopian Airlines-operated 737 Max crashed, killing the 157 passengers onboard.

The Bloomberg News report provides broad details on an email sent by Ethiopian Airlines pilot Bernd Kai von Hoesslin who argued that a 737 Max would inevitably crash if pilots were not properly trained.

“It will be a crash for sure” if pilots struggling with a malfunction of Boeing’s flight-control system on the 737 Max also encountered, for example, a cockpit warning that they were flying too close to the ground, the pilot, Bernd Kai von Hoesslin, wrote in a Dec. 13 email.

The crash that occurred in March was not exactly for the reasons described by Von Hoesslin. However, his forecast was accurate in its prediction that pilots would be troubled by the 737 Max’s unique cockpit warning features.

Ethiopian Airlines refuted the claims in the Bloomberg News report in a tweet that was published on Wednesday. In a statement attached to the tweet, the airline argued that Von Hoesslin is a “disgruntled former employee” who left the airline after “many administrative problems” and “repeated demonstration of clear disobediences.”

The airline finished the statement by stating that they comply with all global safety and regulatory standards.

Stay tuned to Breitbart News for more updates on this story.