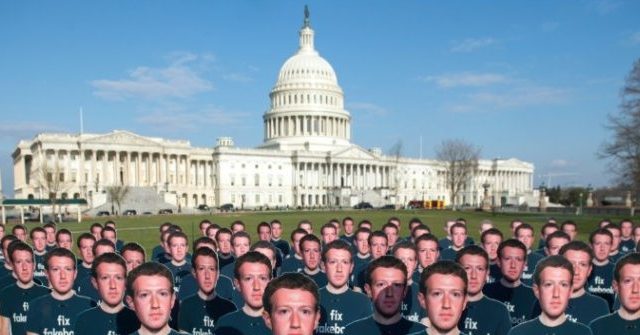 According to a recent report, social media accounts linked to a network in Iran posed as GOP midterm candidates on social media.

A report from Politico claims that Facebook and Twitter have removed a network of accounts linked to Iran that were used to spread disinformation across their social media platforms. Some of these accounts reportedly attempted to impersonate 2018 Republican congressional candidates.

Facebook began looking into this issue following a tip from the cybersecurity firm FireEye; this resulted in the removal of 51 bogus accounts, 36 pages which were followed by a total of 21,000 users, seven groups with 1,900 users in total, and three Instagram accounts with a combined follower account of 2,600 people. Twitter removed 2,800 accounts.

FireEye wrote in a blog post: “In addition to utilizing fake American personas that espoused both progressive and conservative political stances, some accounts impersonated real American individuals, including a handful of Republican political candidates that ran for House of Representatives seats in 2018.”

The candidates impersonated included Marla Livengood who was beaten in the 9th district of California by Rep. Jerry McNerny (D-CA) and Jinea Butler who lost the race for New York’s 13th district to Rep. Adriano Espaillat (D-NY) The report also claims that the accounts fooled U.S. and Israeli publications into publishing fake letters to the editor and blogs.

FireEye stated: “Personas in this network have also had material published in U.S. and Israeli media outlets, attempted to lobby journalists to cover specific topics, and appear to have orchestrated audio and video interviews with U.S. and UK-based individuals on political issues.”

Facebook commented on the issue stating: “We conducted an internal investigation into suspected Iran-linked coordinated inauthentic behavior and identified this activity. We’ve shared our analysis with law enforcement, policymakers and industry partners.” In comparison, Twitter took issues with FireEye stating that the firm “has issued a report and chosen not to share information or insights with Twitter prior to publication, which is outside standard, responsible industry norms. Responsible disclosure should include notification and information sharing to protect against informing bad actors. Going public without these elements harms the credibility of the security research community, whose insights we support and appreciate.”

Scott Winn, a consultant for the Livengood campaign, told Politico in a statement that he believes Twitter should have done more to prevent misinformation on its platform: “A strident opponent of nuclear weapons in Iran, Marla is shocked that Twitter was either unwilling, disinterested or too inept to protect users from obvious false information. Twitter users deserve better.”