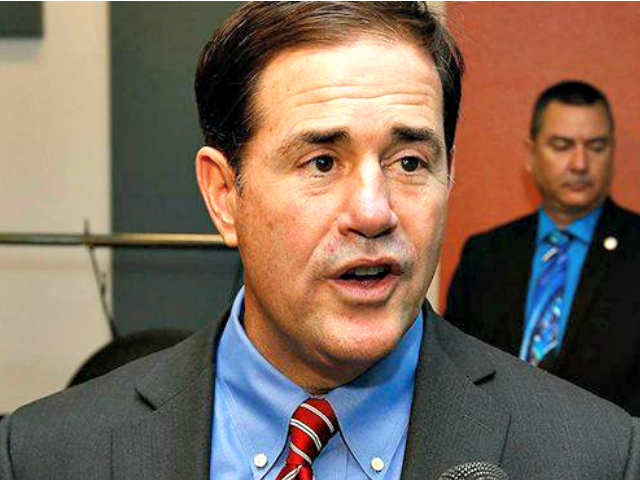 Ducey said his decision was made in response to a Wall Street Journal report stating former NFL anthem-protester and Nike pitchman Colin Kaepernick pressured Nike to pull its America-themed 4th of July sneakers featuring the “Betsy Ross” flag because he and others found the design to be offensive. “Nike has chosen not to release the Air Max 1 Quick Strike Fourth of July as it featured an old version of the American flag,” a company spokesperson said in a statement to CNN of the decision.

In a series of tweets, Ducey expressed his disappointed in Nike’s decision to nix the shoes and explained his decision to withdraw incentives to the company.

“Words cannot express my disappointment at this terrible decision. I am embarrassed for Nike,” Ducey wrote on Twitter. “Nike is an iconic American brand and American company. This country, our system of government and free enterprise have allowed them to prosper and flourish.”

“Instead of celebrating American history the week of our nation’s independence, Nike has apparently decided that Betsy Ross is unworthy, and has bowed to the current onslaught of political correctness and historical revisionism. It is a shameful retreat for the company. American businesses should be proud of our country’s history, not abandoning it,” the Arizona Governor continued. “Nike has made its decision, and now we’re making ours. I’ve ordered the Arizona Commerce Authority to withdraw all financial incentive dollars under their discretion that the State was providing for the company to locate here. Arizona’s economy is doing just fine without Nike. We don’t need to suck up to companies that consciously denigrate our nation’s history.

“And finally, it shouldn’t take a controversy over a shoe for our kids to know who Betsy Ross is. A founding mother. Her story should be taught in all American schools. In the meantime, it’s worth googling her,” he added.

According to the Arizona Republic, Nike has plans to invest at least $184.5 million into the plant. The move is estimated to create more than 500 full-time jobs as well as $7.7 million in direct revenue for the area. The plant’s overall economic impact is said to be valued at more than $483 million in its first five years of operation.

Kaepernick, then with the San Francisco 49ers, sparked a wave of protests about social and racial injustice in 2016 by kneeling during the national anthem at games. Since then, Nike hired him to be the face of its “Just Do It” ad campaign with the slogan: “Believe in something. Even if it means sacrificing everything.”

The Journal previously reported,“The campaign generated a backlash among some consumers, who began torching Nike shoes and cutting its swoosh logo out of gear. The protests were countered by expressions of support for Nike.

“Since the ad was released, Nike has posted higher sales, boosted by strong demand in both the U.S. and China. In the fourth quarter, sales rose 4% to $10.18 billion. Its share price has climbed more than 15% so far this year,” the newspaper added.