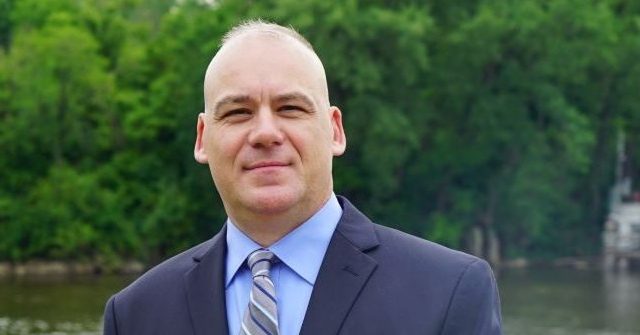 An Iraq war veteran in Minneapolis, Minnesota, has decided to challenge Rep. Ilhan Omar (D-MN) in 2020 for her seat in the state’s 5th Congressional District.

Chris Kelley, who served in the U.S. Army and Army Reserves and is also a 20-year-veteran of the Minneapolis Police Force, said Omar’s comments about the September 11th tragedy convinced him he needed to run for public office.

“September 11 was a terrible loss of life, not just for police officers and firefighters and other first responders, but 3,000 people and non-combatants died, and to be dismissive of that was an outrage,” Kelley said. “I could sit and complain or I could do something about it.”

The veteran, who plans to run as an independent, said he believes he can be a force for good in his community.

“And I believe I can be a positive voice in standing up for people in our country, and for our first responders and the people every day on the frontlines,” he commented.

Reports state Kelley officially launched his campaign to win the endorsement of the Independent Party in the 5th Congressional District on Monday.

He told reporters his years of public service qualify him to represent the voice of the people.

“I have spent my entire adult life in public service; I know it, I feel it, I live it every day. CD 5 needs the voice of a worker who gets all people, not just some,” Kelley said.

The veteran said his experience as a law enforcement officer will help him listen to community members and better address their needs.

I won’t be bringing in controversy and scandal. I will be bringing firsthand knowledge of the things that I know are going on in the community as an officer. I see a lot every day – the homelessness, the opioid crisis; I want to bring these things to the forefront and put some ideas on the table on how to deal with them. I want to do anything I can to make people’s lives better; I just want to sit and listen to people and make some positive change.

On July 23, Breitbart News reported that President Trump said Omar’s anti-semitic remarks would help him win the state of Minnesota in 2020.

“In 2016 I almost won Minnesota,” the president wrote on Twitter. “In 2020, because of America hating anti-Semite Rep. Omar, & the fact that Minnesota is having its best economic year ever, I will win the State!”