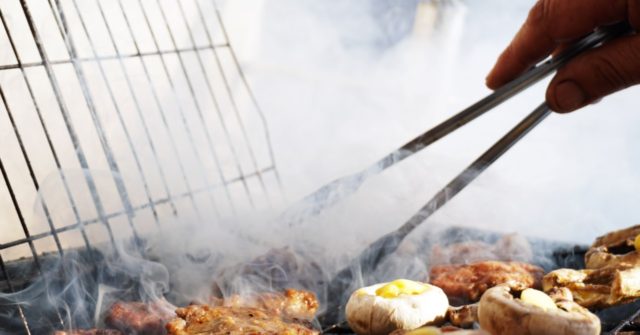 A “devastated” Australian vegan has taken her neighbors to court alleging they deliberately waft barbecue smoke rich in meat and fish smells across their shared boundary fence and into her property.

She also cited the smell of cigarettes and the sound of children playing with basketballs as adding to her profound discomfort.

The woman from Perth, Western Australia, said the amenity of her backyard has been destroyed because her meat eating neighbors on either side deliberately allow their cookout smells to waft into her yard.

“They’ve put it there so I smell fish, all I can smell is fish … I can’t go out there,” complainant Carden Carden told local outlet Nine News.

The massage therapist has been embroiled in her battle since late 2018.

After her claims were rejected by a tribunal on lack of evidence, she applied to the Supreme Court of Western Australia for right of appeal. It was also turned down in July.

Lawyer John Hammond said going to a higher court was an “extreme option” — but it hadn’t stopped Carden from seeking further legal relief and redress.

She told Nine News she believed her neighbors were “absolutely deliberate” in allowing their smells to cross into her yard. She highlighted the smell of cigarettes and the sound of children playing with basketballs as adding to her distress.

“It’s been devastating, it’s been turmoil, it’s been unrest, I haven’t been able to sleep,” Carden said.

This is not the first time a vegan has claimed to be victimised by a neighbor’s barbecue smoke.

As Breitbart News reported, in 2015 a Pinellas County, Florida, environmental specialist was recorded in a video telling a resident that it was illegal for the smoke from his home barbecue to leave his property. He offered no evidence to back the legal side of his argument.

A video released at the time shows Pinellas County environmental specialist Joe Graham issuing a warning to resident Scotty Jordan, saying he can be cited for allowing the smoke and odor of his cookouts to leave his property. The video has been viewed on Jordan’s Facebook page over 4 million times.

Pinellas County authorities insist Jordan could have violated air quality rules, although on the video, one of Jordan’s friends can be heard offering a simpler explanation, “We can’t control the wind, God does that.”