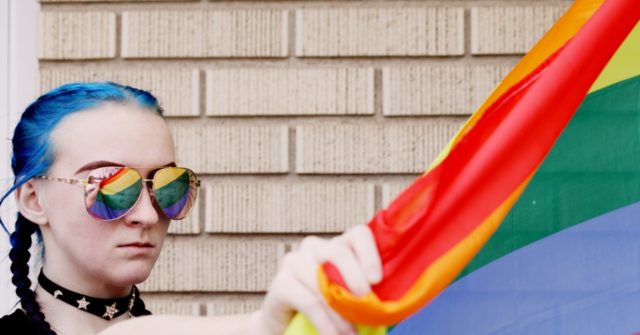 Parents in Oak Park, California, are condemning a new elementary school curriculum that pushes gender ideology in the classrooms of young children.

“As a parent, absolutely we have the right to choose what’s best for our children and we know it’s going to confuse them,” Jennifer Weir told ABC7 News.

In July, California Parent Alliance posted a slideshow that was presented at a school board meeting of the Oak Park Unified School District in April.

The slideshow included one slide featuring a “gender unicorn” who teaches, “Gender does not equal Sexuality.” Another slide states, “Palo Alto Unified – “Every new teacher trained on LGBTQ+ issues,” and a third slide highlights the SOGI (Sexual Orientation and Gender Identity) program.

The school district stated in a later slide the gender curriculum was “created in coordination with Readers Workshop Teachers and inspired by and drawing upon lessons from Teaching Tolerance, Welcoming Schools, and Rainbow Umbrella.

Teaching Tolerance is currently advertising on its website how to teach about “American slavery.”

Rainbow Umbrella says it is a “positive, safe and welcoming space … an activities based program that provides support and empowerment for lesbian, gay, bisexual, transgender, intersex, queer and questioning (LGBTIQQ) youth.”

The slideshow presented the goals and plan for each grade of the curriculum, with books students will read in each grade, including, in grade three, Sparkle Boy, a book that normalizes the behavior of a boy who is preoccupied with wearing dresses and feminine accessories.

In fourth grade, students learn gender is “self-defined,” and, in grade five, they learn “there are many gender identities” and are introduced to the concept of “transgender” and the use of preferred pronouns.

According to ABC7, the Oak Park school superintendent refused to go on camera to discuss the gender ideology curriculum. The school district reportedly sent in a statement:

We have students who identify as transgender or gender-fluid at every one of our schools. In order to ensure that we are creating safe learning environments for our children, schools may not simply ignore these children for fear of offending someone.

Parents in the district say they have attended school board meetings to express their concerns but are told they can only speak to a single district “spokesperson.”

Regarding a parental opt-out from the curriculum, Oak Park district responded to ABC7, “If the District allowed parents to opt-out, it could potentially increase the prevalence of gender-related bias, violence, bullying, and harassment.”

In July, an editorial by Pat Lynch at the Citizens Journal noted the Oak Park school board “quietly” adopted the K-5 gender identity curriculum with a vote of 5-0.

“Very few Oak Park parents were even aware that this vote was occurring on this highly controversial curriculum change that is not mandated by state law for elementary school,” Lynch wrote, and continued:

Under the banner of anti-bullying and equality, the school district is imposing the integration of gender fluidity and transgenderism within the existing curriculum. There is no option for parents to “Opt-out” of this material as it is being incorporated into the children’s existing education structures such as the Readers Workshop. Traditional anti-bullying campaigns focus on teaching children to be kind to everyone regardless of their differences. This transgender-based curriculum could make bullying worse by arming the children with additional terminology that will cause further stereotyping. If a little girl is a “tomboy” or a boy wears pink, they will now be labeled by their peers as “gender fluid.” In the name of breaking stereotypes, this curriculum could therefore worsen them.

“Elementary school-aged children are not considered by experts to have the cognitive maturity and frontal lobe development to understand gender constructs, which is a highly complex concept, even for adults,” the editorial also observed.

A meeting is scheduled in the Oak Park district on September 10 to discuss the issue.