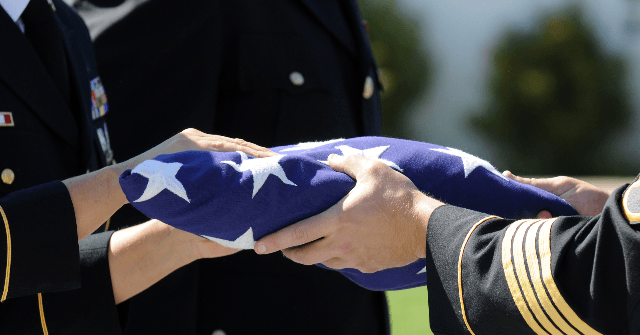 A veteran with no surviving family members got a hero’s welcome as dozens of strangers banded together to hold a funeral for a fallen veteran.

Jonathan Whitt— who served in the Army at Ft. Riley in Kansas between 2005 and 2007— died on September 5 at the age of 31 in Brown County, Wisconsin, WBAY reported.

His mother and stepfather already died, and he was estranged from the rest of his family. But many in the community— particularly fellow veterans— showed up at Whitt’s Friday funeral to pay their respects.

“When you serve, when you got to basic training and serve with a group of individuals, it becomes a worldwide camaraderie,” Joe Aulik of Brown County Veterans Services told CNN. “We served our country and we love what we do and we love each other.”

Whitt is not the first veteran who recently died without any surviving family members.

Dozens of family members traveled to Bonifay, Florida, on Thursday to attend the funeral of a reclusive 82-year-old Vietnam War era Air Force veteran and laid him to rest with full military honors, according to the Panama City News-Herald.

The week before, an Air Force veteran with no surviving family members was laid to rest at the Middle Tennessee State Veterans Cemetery in Nashville with a full escort and dozens of mourners, WTVF reported.