In an exclusive interview with Breitbart London, the founder of the UK based NGO, Hong Kong Watch, said that it is time for the British government to take a leading role in Hong Kong.

Benedict Rogers, a British human rights activist and the founder of Hong Kong Watch, joined protesters outside Downing Street on Saturday to call for the UK government to act in Hong Kong.

“I think the United Kingdom absolutely has a responsibility to take a lead now, especially now that the United States Congress and Senate have taken this really welcomed stand. But the United Kingdom obviously has a moral obligation given our history. More importantly, we have a legal obligation as a signatory to the Sino-British joint declaration which China is blatantly flouting,” Mr Rogers said.

“So I would like the British government to be much more outspoken, to look at some equivalent legislation in our own Parliament similar to the U.S. legislation, to look at Magnitsky-style sanctions, and other measures,” he added. 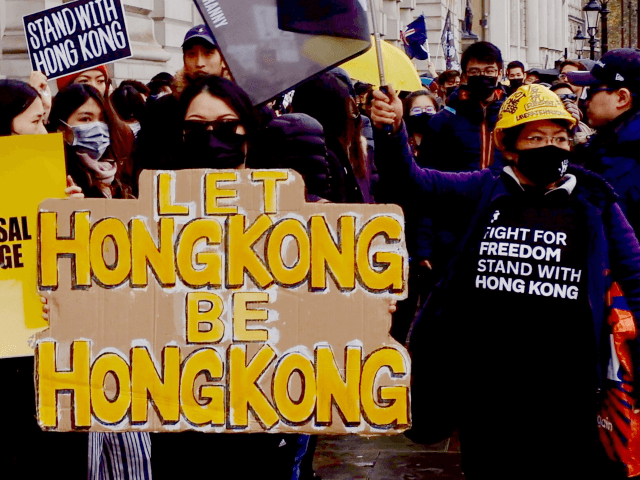 #standwithHongKong protesters marching in London on Saturday, November 23rd, 2019. Protesters marched in solidarity with their friends and relatives back home and to condemn the violence perpetrated by the Hong Kong police and the Chinese Communist Party (CCP). Image credit: Kurt Zindulka/Breitbart News

In a speech given outside Downing Street, Rogers cited a letter written to Queen Elizabeth II by children at the Queen Elizabeth School in Hong Kong. Six students wrote to Her Majesty the Queen, pleading for the British monarch to step in, saying that “this is our darkest hour”.

“It’s absolutely an outrage, I mean its an outrage for any human being to be subjected to that kind of torture but especially its an outrage for someone who was in effect a diplomat. For China to completely disregard and disrespect norms over the treatment of Consular officials is particularly outrageous,” Rogers said. 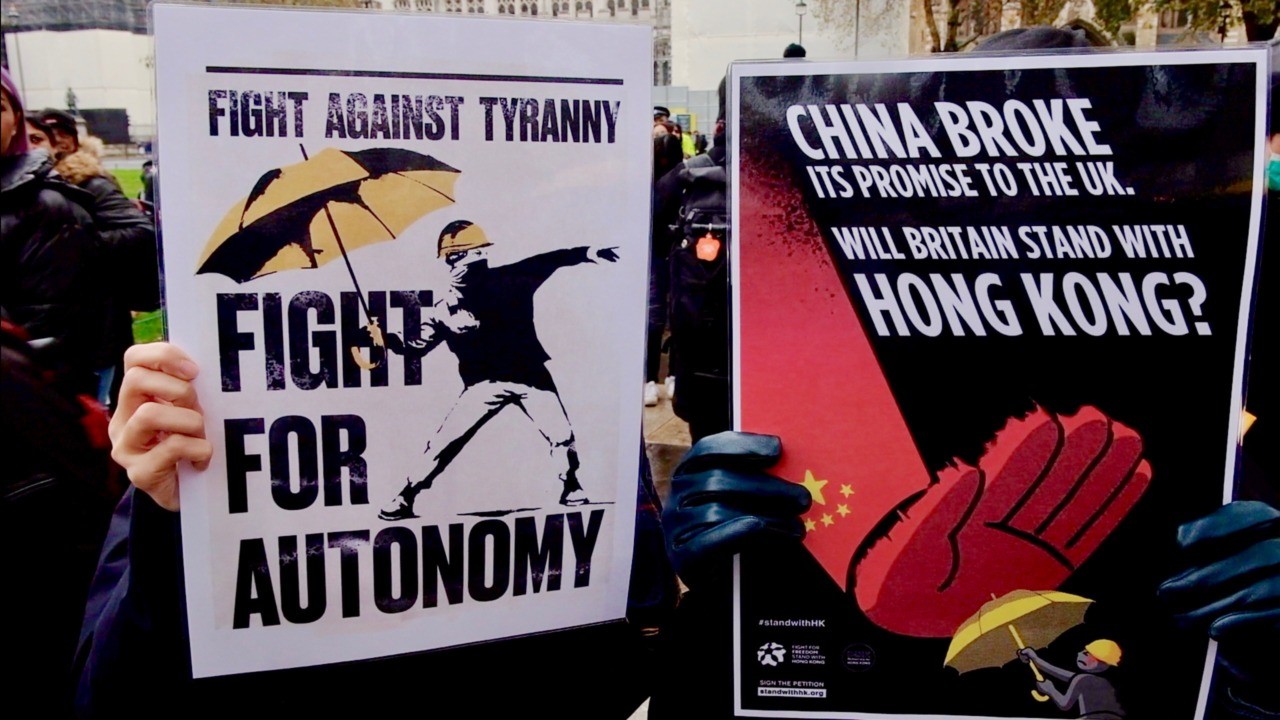 #standwithHongKong protesters marched in London on Saturday, November 23rd, 2019 in solidarity with their friends and relatives back home and to condemn the violence perpetrated by the Hong Kong police and the Chinese Communist Party (CCP). Image credit: Kurt Zindulka/Breitbart News

“I’m glad that the British Foreign Secretary, Dominic Raab, has spoken out so strongly. I’m glad that he summoned the Chinese ambassador but I think words need to be matched with action. We need Magnitsky-style sanctions, to hold those responsible to account,” he recommended.

On whether he believed that freedom was possible in Hong Kong while the city is controlled by the Communist Party, he said: “I think it’s unlikely that the CCP will go for that.

“Having said that, I think that if there is enough of an international outcry — if like-minded countries really stand together, the United States, the United Kingdom, the European Union, other democracies… and if we can form some sort of coalition of like-minded countries to speak with one voice and to act with one voice, that may create enough pressure for political reform.”

“We won’t know unless we try and if we just say it’s impossible then we know Hong Kong is finished. We have to work for it,” Rogers concluded.

In 2017, Benedict Rogers was barred from entering Hong Kong, after drawing the ire of the regime in Beijing for criticising the imprisonment of pro-democracy activists in Hong Kong.