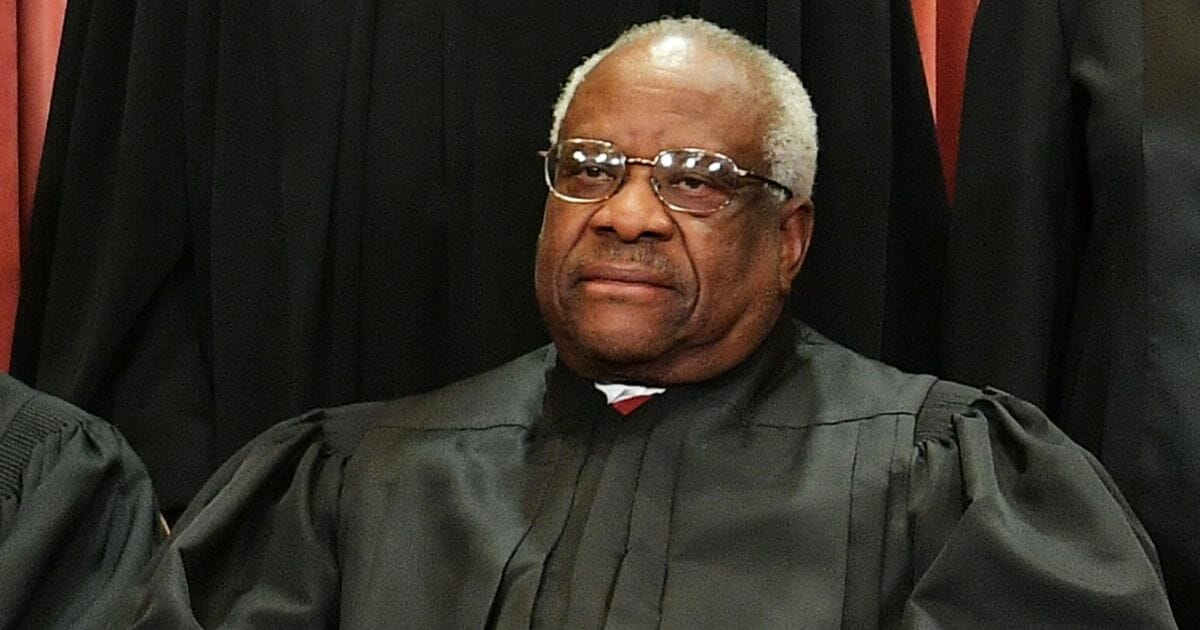 In looking back at his life, Supreme Court Justice Clarence Thomas says he learned the hard way that the real enemies he faced were not racists, but liberals.

Thomas is the subject of a documentary called “Created Equal: Clarence Thomas in His Own Words.”

“I felt as though in my life I had been looking at the wrong people as the people who would be problematic toward me. We were told that, ‘Oh, it’s gonna be the bigot in the pickup truck; it’s gonna be the Klansmen; it’s gonna be the rural sheriff,’” Thomas said, according to ABC, which said it was granted a sneak peek at the documentary to be released next year.

“But it turned out that through all of that, ultimately, the biggest impediment was the modern-day liberal,” he said.

The documentary focuses on Thomas’s 1991 controversial confirmation hearings, which were chaired by then-Sen. Joe Biden of Delaware and featured the testimony of Anita Hill, who accused Thomas of sexual harassment. Thomas has always denied the accusation, and says in the documentary it had a sinister purpose.

“Do I have, like, ‘stupid’ written on the back of my shirt? I mean, come on. We know what this is all about,” Thomas said in the documentary, according to ABC. “People should just tell the truth: ‘This is the wrong black guy; he has to be destroyed.’ Just say it. Then now we’re at least honest with each other.

“The idea was to get rid of me. And then after I was there, it was to undermine me,” he said.

Thomas said that he is a victim of a double standard, but not in the way many black Americans might use that term.

“There’s different sets of rules for different people,” he says. “If you criticize, say, a black person who’s more liberal, you’re a racist. Whereas if you can do whatever to me, or to now [HUD Secretary] Ben Carson, and that’s fine, because you’re not really black because you’re not doing what we expect black people to do.”

In one part of the documentary, Thomas is asked about Biden’s line of questioning concerning “natural law.”

“I have no idea what he was talking about,” Thomas said regarding the now-former vice president and current Democratic presidential candidate.

“I understood what he was trying to do. I didn’t really appreciate it. ‘Natural law’ was nothing more than a way of tricking me into talking about abortion,” he said,

Bill Russo, Biden’s deputy communications director, shrugged off the comment in a statement to ABC.

RELATED: NYC Tries To Keep Gun Case out of Supreme Court, SCOTUS Says Not So Fast

Is this an indictment of the liberal philosophy?

“Then-Senator Biden voted against Clarence Thomas in the Senate Judiciary Committee, he argued against him on the Senate floor, and he voted against his confirmation to a lifetime seat on the Supreme Court. It is no surprise that Justice Thomas does not have a positive view of him,” the statement said.

Thomas said in the documentary that his confirmation was essentially about one issue.

Thomas said his silence in the court during oral arguments reflects his conception of the job.

“We are judges, not advocates. It’s not my job to argue with lawyers,” he said. “The referee in the game shouldn’t be a participant in the game.”