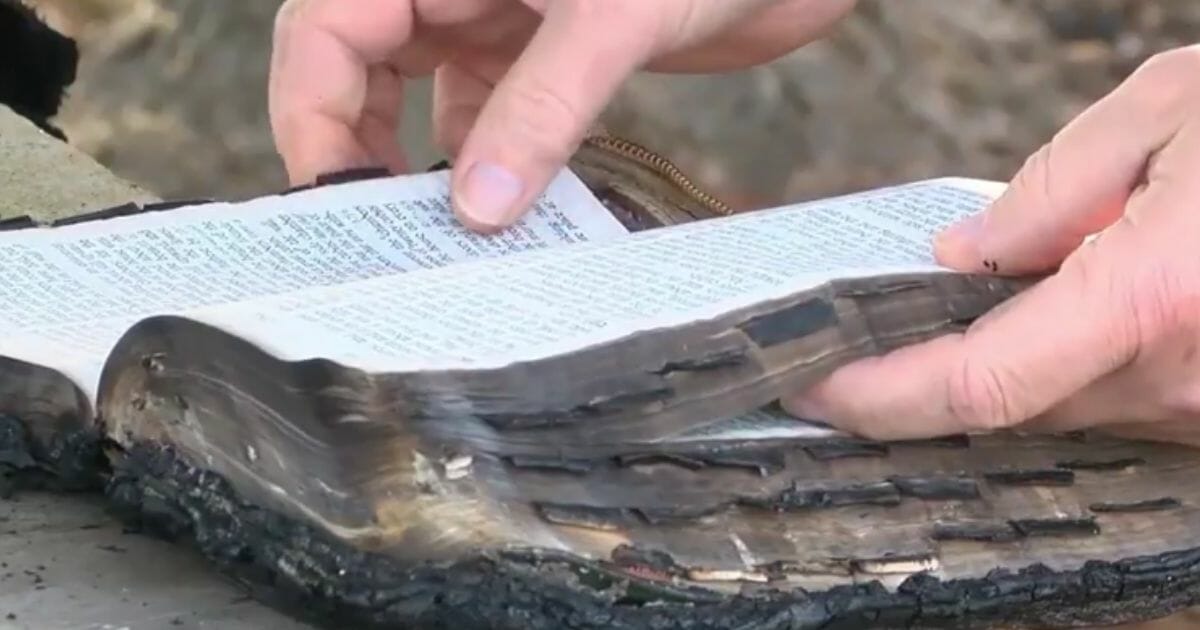 A family’s heirloom Bible has remained intact after a massive shed fire on Christmas Eve in Socastee, South Carolina.

Louis McGowan had been celebrating Christmas Eve with his family when, around 11:00 p.m., he saw flames running up the side of his shed on his security camera.

McGowan told WPDE that he raced outside to see if he could tame the blaze, but the fire began to rage too fast.

Within 10 minutes, firefighters from Horry County Fire Rescue responded to the home and stopped the blaze, but the shed and its contents were utterly destroyed.

“A lot of things in here is like unrecognizable for the most part,” McGowan told WPDE. “It’s just destroyed.”

As McGowan watched the shed go up in flames, he took a mental inventory of what had been inside, which included two sentimental family heirlooms: an American flag from his great grandfather’s burial and a Bible that had belonged to McGowan’s father.

When McGowan walked through the charred remnants of his shed the following day, he tried to decipher objects that had melted into unrecognizable lumps.

He was able to locate both the flag and the Bible, which had been sitting on a shelf in the shed. The flag was mostly burned and blackened, with some sections of fabric intact.

But when McGowan opened up his father’s Bible, he found the pages unscathed, readable, and entirely intact. The cover was blackened and the book’s edges a bit burned, but the scriptures inside were untouched.

“There isn’t a thing in here you can’t read. Everything is 100 percent readable,” McGowan said. “There’s some of dad’s favorite psalms.”

As McGowan flipped through the pages, he was able to look on Biblical passages his father had highlighted years ago.

On the eve of one of the most important dates in the Christian faith, the Bible was able to withstand the fire.

Overall, McGowan has remained optimistic about the fire that leveled his shed to the ground, thankful that his family was unharmed.

“Everybody is fine. All of this can be replaced,” he said.