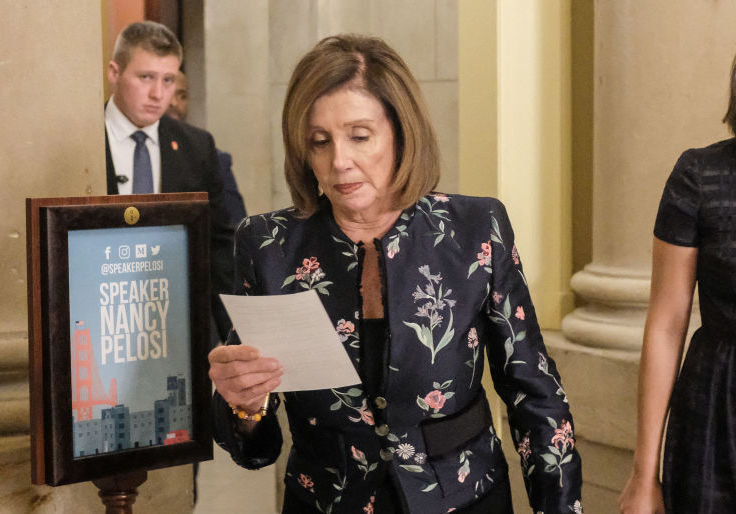 Speaker of the House Nancy Pelosi (D., Calif.) on Sunday said she is waiting to see what the Senate does with her first batch of articles of impeachment before confirming whether to issue new ones.

ABC’s This Week anchor George Stephanopoulos asked Pelosi if the House might file new articles since she believes President Donald Trump is violating the Constitution "again and again."

"Well, let’s just see what the Senate does, the ball will be in their court soon," Pelosi said.

Pelosi on Saturday announced that next week, the House will finally vote to send its original articles of impeachment to the Senate for a vote. The announcements meant Pelosi had relented on efforts to push Senate Majority Leader Mitch McConnell (R., Ky.) to permit new witnesses during the Senate’s trial of Trump. The Senate’s Republican majority is widely expected to vote down House Democrats’ charges.

Rep. Al Green (D., Texas) pushed the idea for Democrats to impeach Trump again if the Senate doesn’t remove him. Last month, Rep. Karen Bass (D., Calif.) said Democrats would continue to push for impeachment if Trump is reelected in 2020.

"There’s a ton of information that could come forward," Bass said. "For example, we could get his bank records and find out that he’s owned 100 percent by the Russians."