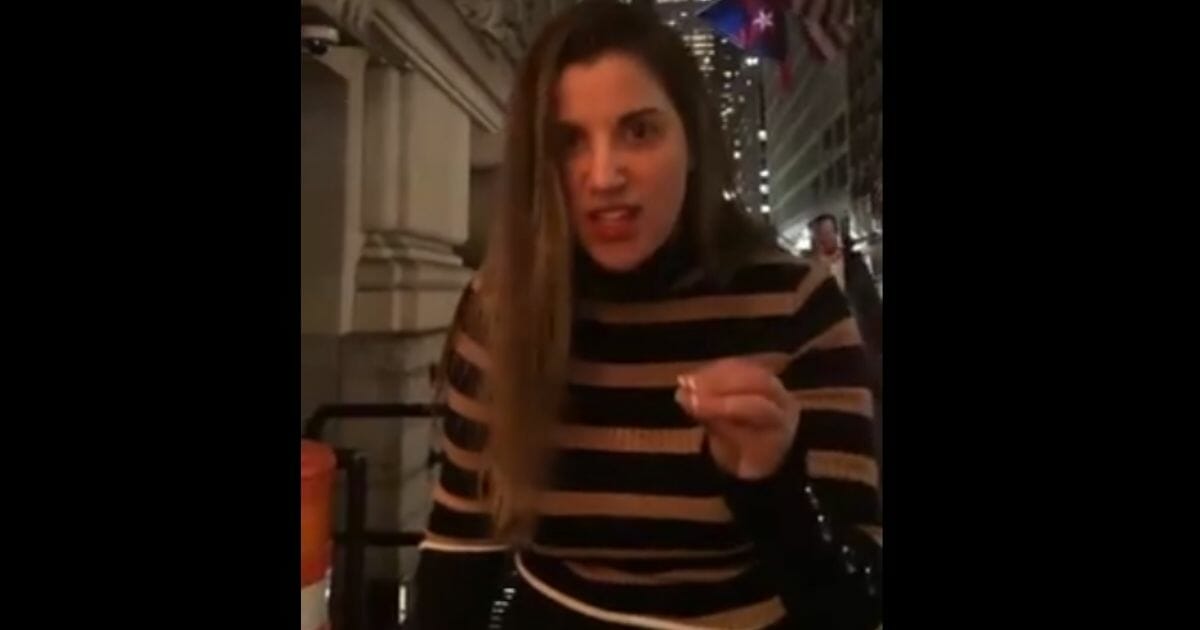 A Jewish-American woman is suing the Harvard Club of New York City and a Harvard University professor for assault after she rose to ask a question following a presentation by a pro-Palestinian lecturer.

The Harvard Club not only forced Vanesa Levine, 28, to leave the February 2019 event, but later rescinded her membership, she says.

The social club was founded in 1887 and, according to its website, is intended to be a “warm and friendly place” for Harvard alumni to connect.

In her complaint filed in New York state court at the end of last month, Levine alleges that Harvard finance professor Faris Mousa Saah assaulted, slandered and libeled her following a lecture by Rashid Khalidi called, “The Hundred Years’ War on Palestine.”

Khalidi is a former media officer with the Palestinian Liberation Organization.

According to Levine’s court filing, she sought to ask Khalidi following his talk how peace could be achieved between Palestinians and Jews, if Palestinian children are taught from a young age to “support terrorism against Jews and Israelis, jihad, and not to recognize the legitimacy of the State of Israel.”

The audience became “mob-like” in shouting her down, and Saah allegedly forcefully grabbed Levine by the arm while trying to wrestle the microphone from her, Levine’s suit says.

Levine also claims Saah called her a “whore” in Arabic.

She says she immediately told the room that the professor had just called her a whore.

Do you believe Levine is a victim of anti-Semitism?

According to the suit, Levine’s mother — who was born and raised in Israel and understands Arabic — asked, “Who do you think you are calling my daughter a whore?”

Saah then allegedly turned his fury against the mother.

Levine’s attorney, Jeffrey K. Levine, told The Western Journal the professor called her the “daughter of a whore” in Arabic.

Asked why his client attended the lecture, Levine said that she wants “peace for the region” and that she and her mother “were very interested in what the other side had to say.”

Vanesa Levine was eventually able to ask her question, but then Harvard Club security asked both women to leave, the suit says.

After Levine left the club, she was filmed talking about the incident and the next day uploaded the video to Facebook.

“All I had was a simple question, and it took seven minutes to get the question across because every time I was talking, they kept booing me,” Levine said.

“So apparently one side is very hateful, the other one is looking for answers and for solutions, and I’m sure you can figure out which side is [which],” she concluded.

The person filming Levine can be heard off camera near the end of the video adding, “I think it’s very sad that in a free country you’re not allowed to have free speech.”

“That is extremely sad, because where go we do from here. Maybe we move to Israel,” the person added.

The New York Post reported that the Harvard Club’s board of trustees demanded that Levine take down her Facebook video, which she refused to do.

In July, the board then voted to pull her membership following a hearing “in which they allegedly dismissed her assault claim, even ignoring an internal report from club security confirming Levine’s version of events, she said in court papers,” according to The Post.

In a statement to The Western Journal, Irene Reidy, director of marketing and communications for the Harvard Club of New York City, said, “Ms. Levine disrupted a Club program. She was subsequently removed from membership in accordance with the Club’s bylaws.”

For his part, Saah told the Post, “I don’t remember having been at the lecture.”

“There’s not a single word of accuracy in any of that,” he added, referring to the assault accusations.

Jeffrey Levine responded that the professor’s account does not add up.

“At the time of his depositions, it will be very enlightening to see how he’s going to testify under oath,” Levine said.

Vanesa Levine is seeking reinstatement in the Harvard Club and unspecified financial damages for the emotional and physical injuries she says she suffered.