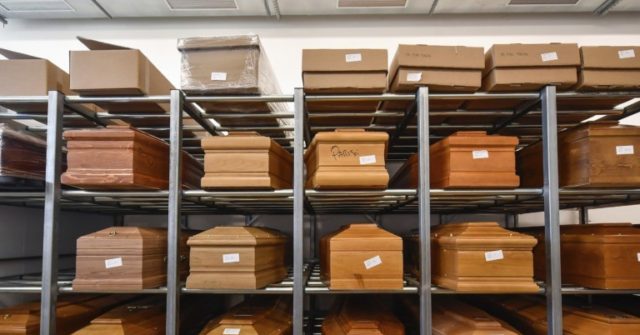 Researchers at Australian National University (ANU) have called for ‘climate change’ to be recorded as a cause of death on death certificates. They claim that in Australia, the rate of people dying as a result of global warming may be 50 times higher than is officially acknowledged.

In a letter to The Lancet Planetary Health, researchers Arnagretta Hunter and Simon Quilty claim the impact of climate change is currently understated.

National mortality records in Australia suggest substantial under-reporting of heat-related mortality. Less than 0·1% of 1·7 million deaths between 2006 and 2017 were attributed directly or indirectly to excessive natural heat. However, recent research indicates that official records underestimate the association at least 50-fold.

According to the Sydney Morning Herald:

Over the past 11 years in Australia, just 340 deaths have been recorded as being caused by excessive heat, but statistical analysis by two doctors with the Australian National University shows that 36,765 could have been attributed to heat.

“Climate change is a killer, but we don’t acknowledge it on death certificates,” co-author Arnagretta Hunter, from the ANU Medical School, said.

“Climate change is the single greatest health threat that we face globally even after we recover from coronavirus.

“We are successfully tracking deaths from coronavirus, but we also need healthcare workers and systems to acknowledge the relationship between our health and our environment.”

Dr Hunter and her co-author Dr Simon Quilty, call for death certificates to include more information about factors contributing to deaths.

Climate activists around the world see the coronavirus pandemic as a crisis which they must not allow to go to waste. The timing of this letter suggests that they are learning their lessons well. They may have noted that in many countries, the medical authorities have adopted extraordinarily lax policies towards the inclusion of “Covid-19” on death certificates.

In the UK, for example, as Ronan Maher has reported here and here, the Coronavirus Act (2020) includes clauses which makes it possible for doctors to put Covid-19 as a cause of death on certificates without even having seen the patient before their death — and with little independent oversight. This makes it quite possible that significant numbers of Coronavirus victims either did not have the disease – or did have the disease but only as a minor adjunct to much more serious conditions which killed them.

As the authors of the letter to Lancet Planetary Health must surely be aware, including ‘climate change’ as a cause of death on death certificates is fraught with similar difficulties. As well as being easily abused by activists with an agenda, it is impossible to attribute with any certainty even extreme weather events to climate change.