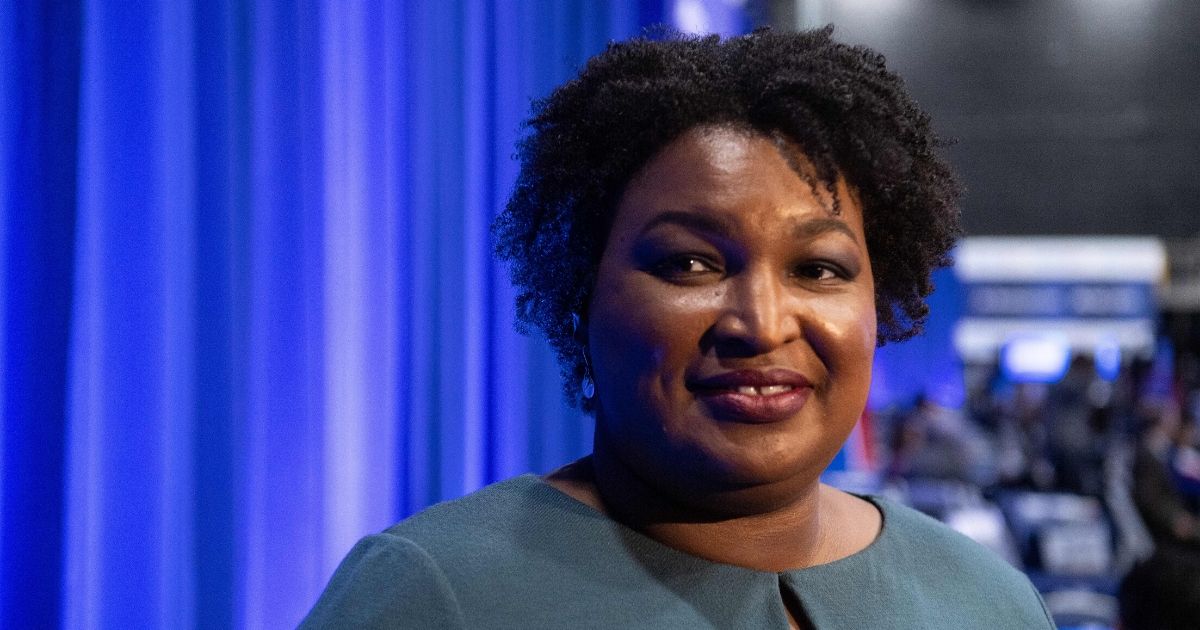 Stacey Abrams, a former member of the Georgia House of Representatives, is a potential candidate for Joe Biden’s running mate in the 2020 presidential election. While several news outlets have counted her as a top contender, Abrams herself is the main person tooting her horn.

Aside from a link to Biden, Abrams has mainly gained national attention for two things: her failed gubernatorial campaign and her strong opinions concerning President Donald Trump.

Here are the first four things you need to know about Stacey Abrams:

1. Abrams was a Georgia State Representative

Abrams began her term in the Georgia House of Representatives in 2007 before becoming the minority leader in 2011, according to Ballotpedia. She was the first woman and the first African American to be a caucus leader in the state legislature, according to the Associated Press.

She has commended herself on her personal website for her efforts to stop pro-life legislation and to “strategically to recruit, train, elect, and defend Democrats to prevent a Republican supermajority in the House.”

She remained in the Georgia House of Representatives until 2017. According to The Atlanta Journal-Constitution, she ultimately left to focus her efforts on her subsequent campaign for governor.

2. Stacey Abrams ran for governor of Georgia in 2018⁠ — and lost

Nearly one year after Abrams left her Georgia House position to focus on her gubernatorial campaign, Abrams won the Democratic primary and became the first African American woman in the U.S. to be nominated for governor by a major party, according to her Fair Fight profile.

Her website brags about endorsements and support from big-name Democrats such as Kamala Harris, Bernie Sanders, Hillary Clinton, Barack Obama and Joe Biden.

Kemp ended up winning the election in November 2018 by about 55,000 votes, avoiding a run-off election by 17,000 votes, according to the Atlanta Journal-Constitution. Abrams claimed that not all ballots were counted and accused Kemp of voter suppression.

In 2019, she told The New York Times that she still thought she won the election though she had “no empirical evidence” to back up her claims. Abrams said her argument was based on “legally sufficient doubt about the process” and claimed it was not a fair election.

3. Stacey Abrams is now an advocate of “voter protection”

Just a few days after the Georgia gubernatorial election concluded, Abrams announced the launch of Fair Fight Georgia, which she described as “an operation that will pursue accountability in Georgia’s elections and integrity in the process of maintaining our voting rolls.”

The organization filed a federal lawsuit against interim Secretary of State Robyn Crittenden and state election board members shortly after, according to PBS.

In 2019, Abrams announced that she would not be running for the U.S. Senate, according to the Associated Press, or for president, WXIA-TV reported, and instead would use her time to fight voter suppression. She launched Fair Fight 2020 and became the chair of the organization to take her mission to protect voters nationwide.

I am excited to announce the launch of #FairFight2020, a comprehensive initiative to staff, fund, and train voter protection teams on-the-ground in battleground states across the country.

Join our fight to protect the vote at https://t.co/kwO6JZ0kHE. pic.twitter.com/ymf3rSf5GD

“I’m going to use my energies and my very, very loud voice to raise the money we need to train those across the country in our 20 battleground states to make sure Donald Trump and the Senate take a hike, and we put people in place who know what we need to have in the United States of America,” Abrams stated.

4. Stacey Abrams is very vocal about her desire to be Biden’s VP

Since turning down several opportunities to run for state and federal offices in order to fight alleged voter suppression, Abrams has made it more than clear that she wants to be vice president — even though she denounced the idea last year.

However, Abrams changed her mind about being vice president only a few weeks later, telling MSNBC that she would be “open to the conversation” of running alongside the Democratic nominee if she was not the nominee herself.

Do you think Stacey Abrams will be chosen as Biden’s running mate?

She admitted that it seems “obnoxious” for her to advertise herself for the position since no one has offered it to her, but it hasn’t stopped her from doing it anyway.

“I would be an excellent running mate,” Abrams told Elle in April. “I have the capacity to attract voters by motivating typically ignored communities. I have a strong history of executive and management experience in the private, public, and nonprofit sectors. … If I am selected, I am prepared and excited to serve.”

While Abrams had been doing everything she can to appear as an attractive contender to Biden, including saying Tara Reade’s allegation of sexual assault against him is not credible, Biden and his vice presidential search committee have yet to announce their choice.