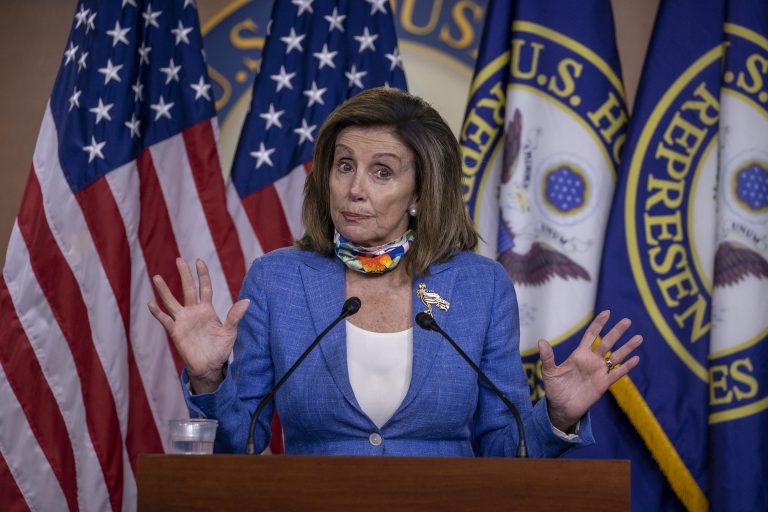 Speaker of the House Nancy Pelosi (D., Calif.) got around coronavirus restrictions to get her hair done at a San Francisco hair salon Monday, a move the salon owner described as a "slap in the face."

Pelosi went to the salon after an assistant arranged an appointment there with an independent hairdresser who rents a chair from the salon owner, Fox News reported. San Francisco’s coronavirus guidance allowed salons to reopen on Tuesday, but only for outdoor services. Customers are also required to wear masks while getting their hair cut.

"It was a slap in the face that she went in, you know, that she feels that she can just go and get her stuff done while no one else can go in, and I can’t work," the salon owner told Fox News. "We’re supposed to look up to this woman, right? It is just disturbing."

A Pelosi spokesman insisted his boss did not violate city rules because she was the only customer in the salon.

"The Speaker always wears a mask and complies with local COVID requirements. This business offered for the Speaker to come in on Monday and told her they were allowed by the city to have one customer at a time in the business. The Speaker complied with the rules as presented to her by this establishment," he said.

Security footage shows Pelosi walking through the salon without a mask, although she appears to be wearing a face covering around her neck.

The salon owner added that she has been fighting for months to reopen the salon and had expected to do so in July. She also said she is unable to provide outdoor services because certain chemicals the salon uses are prohibited from being used outside.

Fresh off her trip to the salon, Pelosi appeared on MSNBC Tuesday and excoriated President Donald Trump for not taking coronavirus seriously.

Pelosi is not the first Democratic lawmaker to outmaneuver coronavirus restrictions during the pandemic. New Mexico governor Michelle Lujan Grisham (D.) purchased jewelry days after ordering all nonessential businesses to close in the state. Michigan governor Gretchen Whitmer’s (D.) husband violated guidance to take his boat out onto a lake before Memorial Day, even going so far as to invoke Whitmer’s name when questioned about his actions.