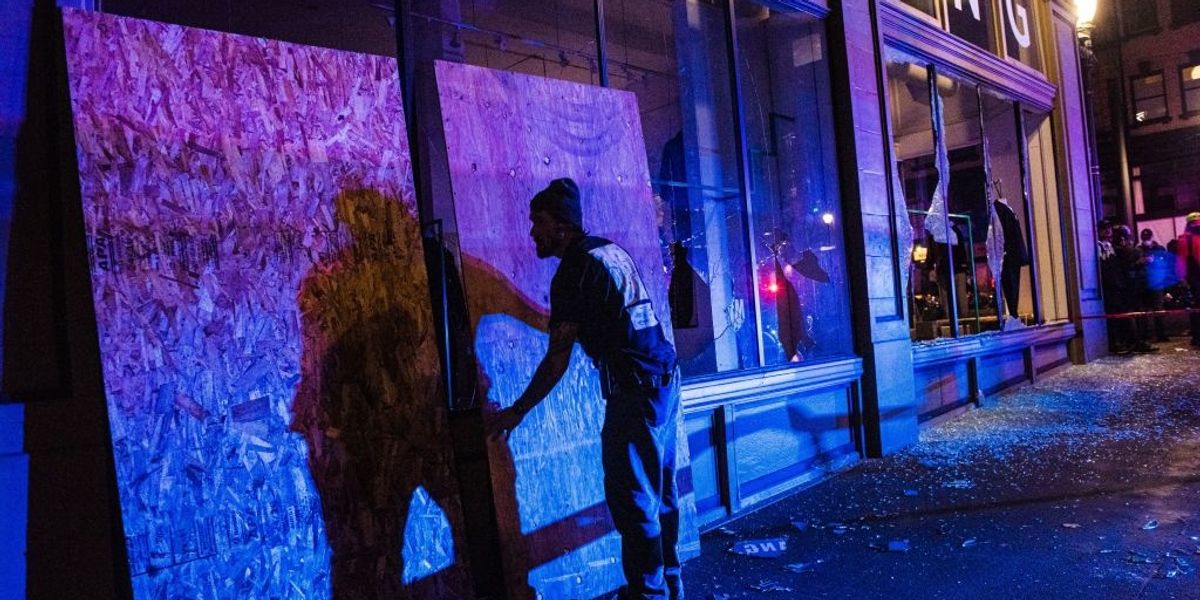 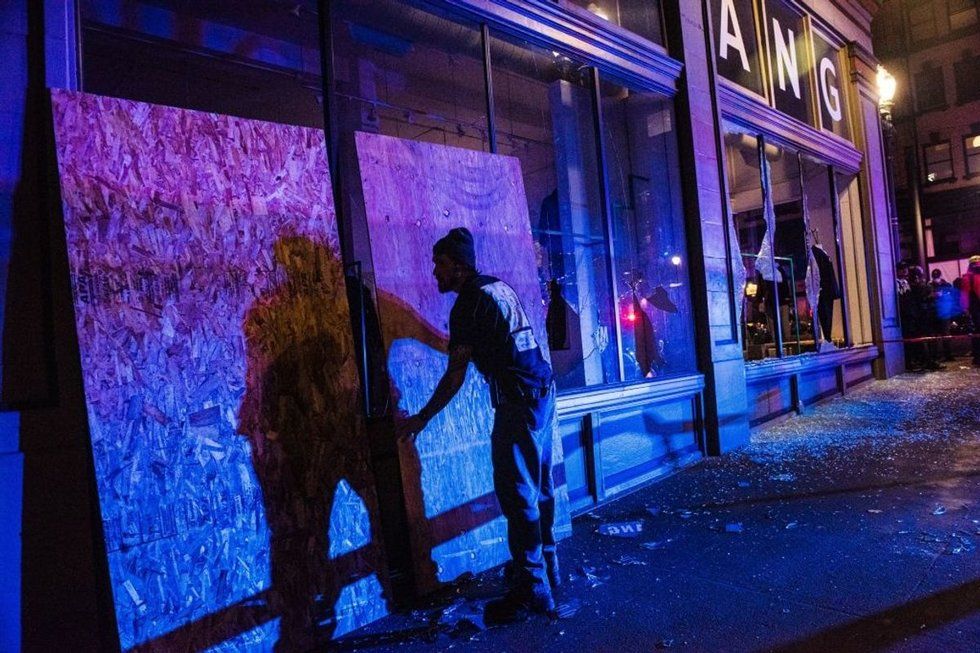 The Portland Police Bureau stated that a "group of nearly 50 people gathered" and then "vandalized many businesses including many small businesses in their path." The vandals were "dressed in all black and seen wearing helmets and carrying umbrellas."

This evening, a group gathered outside the Mexican Consulate in Downtown Portland. The group was described as dress… https://t.co/xkED441uQL

In videos of the destruction, you can hear glass being shattered as windows of storefronts are destroyed.

Portland still at it I guess, breaking windows on what I’m sure is corporate buildings only. https://t.co/yMH70FZjMw

The anti-cop acronym A.C.A.B., which stands for "All Cops Are Bastards," was spray-painted on numerous stores. Banks and a Whole Foods were targeted

There is a group of antifa in black bloc smashing up numerous businesses again in Portland. They announced their ga… https://t.co/WN0gNMR6sp

Portland police officers were dispatched to the area. Despite the widespread destruction, no arrests were made.

Also on Friday night, a UPS driver was robbed at gunpoint and kidnapped in Northeast Portland. While the UPS driver was delivering packages, four suspects approached him. One pointed a gun at him and the other three duct-taped his wrists.

The thieves heisted the UPS truck and put the UPS driver in a light-colored Honda. "After a short distance, the suspects stopped, stole packages from the truck, released the driver and took off in their Honda. The driver was not hurt," as reported by KOIN-TV.

On Thursday in Portland, there were tense confrontations between Black Lives Matter militants and police.

There have been regular, near-nightly protests and riots in Portland since late May, following the death of George Floyd, who died in police custody.