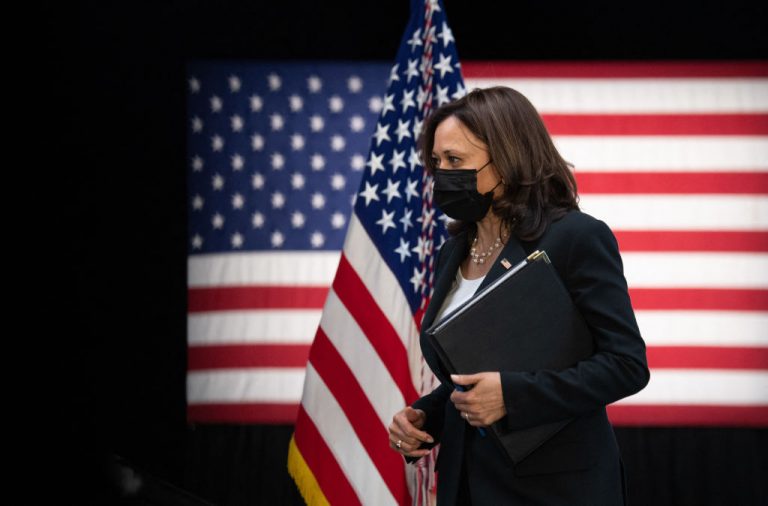 Vice President Kamala Harris keeps a list of reporters and other political types who might be racist, according to a profile published in the Atlantic on Monday.

"The vice president and her team tend to dismiss reporters. Trying to get her to take a few questions after events is treated as an act of impish aggression," writes Edward-Isaac Dovere. "And Harris herself tracks political players and reporters whom she thinks don’t fully understand her or appreciate her life experience."

That list presumably includes the people at Vogue magazine, who managed to enrage libs by putting Harris on the cover earlier this year. It remains unclear why the libs became enraged; Harris was wearing her signature Converse kicks and everything.

According to Dovere’s reporting, Harris judiciously monitors the words journalists use to describe her. "She particularly doesn’t like the word cautious, and aides look out for synonyms too," he writes. "Careful, guarded, and hesitant don’t go over well."

Antonyms as well, apparently. During the 2020 campaign, journalists and other libs were sounding the alarm about the word "ambitious." This was especially true following reports that some aides to then-candidate Joe Biden thought Harris was too ambitious to be his running mate; Biden did "not want to be outshone." Rep. Karen Bass (D., Calif.) was reportedly considered because, unlike Harris, she had no interest in running for president in the future.

On that subject, the Atlantic profile does not inspire confidence in Harris’s ability to realize her presidential ambition. Biden’s death might be the only thing that could propel her to the White House, given her underwhelming political abilities. She already tried running for president in 2020, and her campaign flamed out before the Iowa caucus.

Some aides have been "surprised at how much work there is to be done" when it comes to educating Harris on policy issues. Even journalists have grown tired of the VP’s tendency to "retreat behind talking points and platitudes in public." Dovere writes that, at times, Harris "comes off as so uninteresting that television producers have started to wonder whether spending thousands of dollars to send people on trips with her is worthwhile, given how little usable material they get out of it."

In many ways, Harris is merely a non-white version of Hillary Clinton. Both women are possessed by ruthless ambition, yet lack the necessary skills to succeed in politics at the national level. They are most comfortable when regurgitating talking points and platitudes. Objectively speaking, they share a knack for unsettling laughter and launched their political careers by dating powerful men.

Harris’s obsession with keeping track of the politicians and reporters who "don’t fully understand her or appreciate her life experience" might seem strange, but it’s nothing new. Hillary did the same thing but never got a chance to exact her revenge. Alas, neither will Harris, in all likelihood.