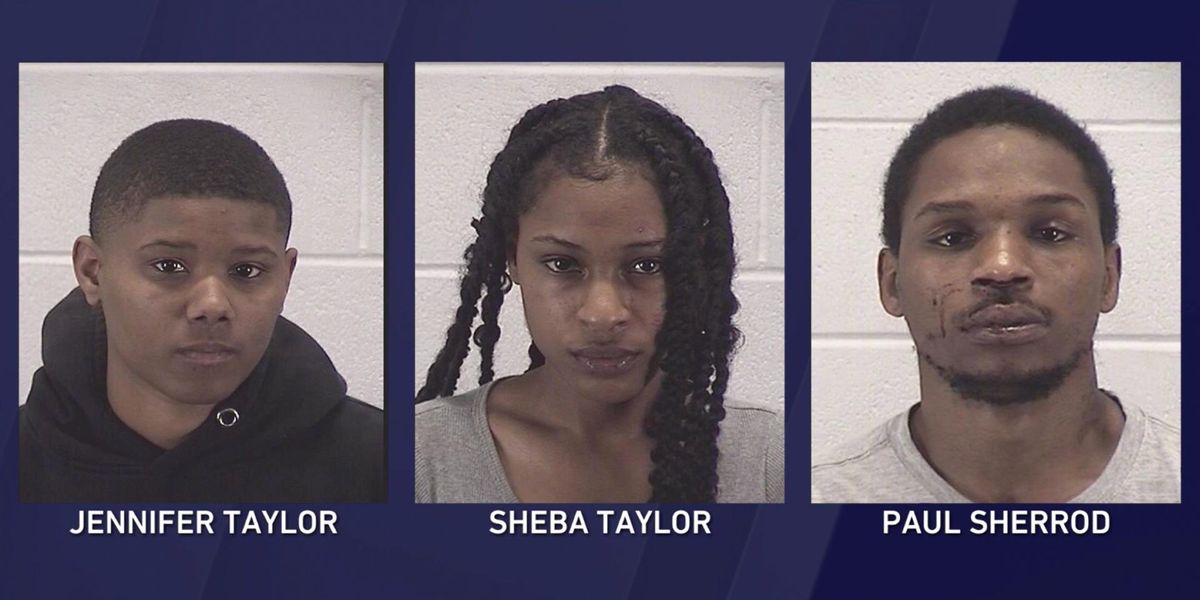 When the driver — identified as 28-year-old Paul Sherrod — pulled over in a nearby driveway, he reportedly began screaming obscenities at the officer from inside the vehicle.

The obstruction arrest purportedly prompted Sherrod to exit the vehicle and threaten the officer while fleeing on foot.

The officer then began chasing after Sherrod, prompting the two female passengers to follow closely behind. When the women caught up to the officer, they reportedly began attacking him. The distraction permitted Sherrod to join the women in brutalizing the officer, reports say.

The two women then reportedly "began striking the officer with closed fists and kicking his body and head," and later held the officer so as to allow Sherrod to hit him in the head.

A press release from the department added that one of the female passengers also "placed her forearm around the officer’s neck and applied significant force to his windpipe, causing him to lose the abliity to breathe."

The suspect was still reportedly strangling the officer when backup arrived and quickly arrested the trio of suspects.

Sherrod and both female suspects each face five felony charges including aggravated assault of a peace officer. The three were booked into the Kane County Jail and appeared at a Tuesday bond call. Both women are being held on a $50,000 bond, and Sherrod is being held on a $75,000 bond.

First responders rushed the officer to a nearby hospital for treatment. He is expected to recover from the attack.

In a statement, Aurora Police Chief Kristen Ziman said, "Our Aurora police officers are entrusted with keeping our community safe from harm. I am at a loss of words when an officer is physically attacked from something that would have been a simple traffic ticket. We will not allow our city to become a place where criminals feel emboldened, and lawlessness ensues."

Aurora Mayor Richard Irvin added, “This type of lawlessness and violence against our police officers cannot and will not be tolerated. This was an act of malice and cowardice and I will absolutely seek that the perpetrators are prosecuted to the fullest extent of the law. Let’s keep this officer in our prayers as the officer makes a full and complete recovery."