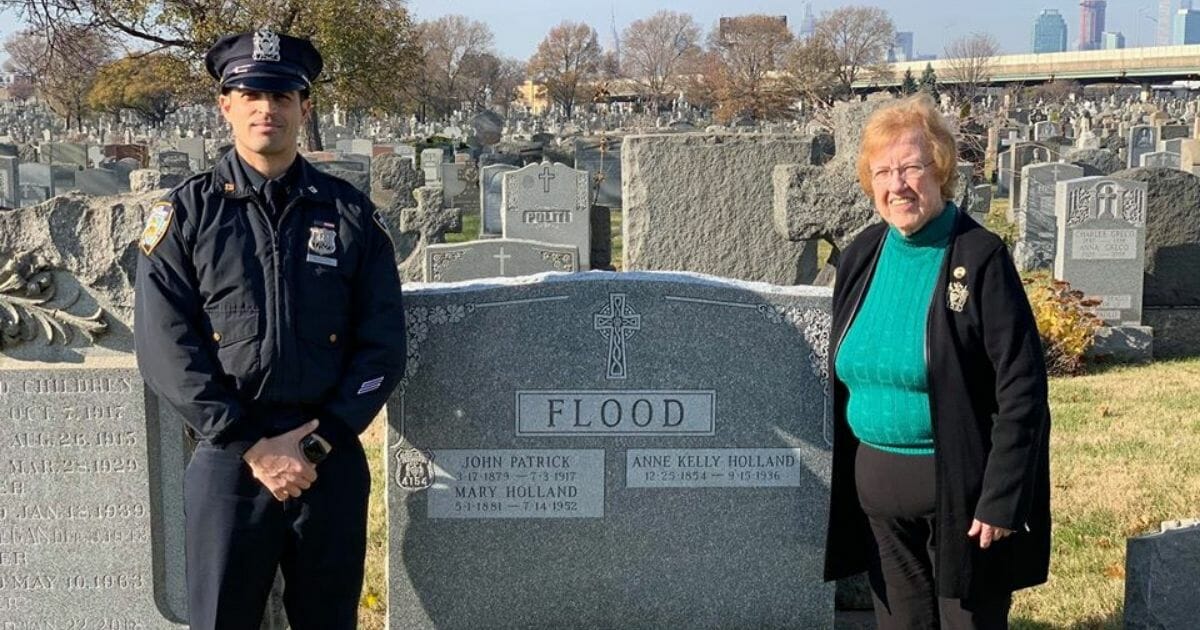 Over a century after an NYPD officer died while on duty, he’s finally receiving the tombstone he deserves thanks to his brothers and sisters in blue.

Patrolman John P. Flood, 37, responded to a report of domestic violence on July 3, 1917, according to the Officer Down Memorial Page.

A woman claimed a man inside her apartment was threatening to kill her.

Once Flood entered the woman’s apartment, the suspect attacked him, eventually took hold of the officer’s nightstick and beat him to death.

He was survived by his wife and three children.

In 2016, Officer Anthony Nucchio, of the 19th precinct of NYPD, renovated the station’s memorial wall, which pays tribute to the precinct’s seven officers killed in the line of duty including Officer Flood, according to the NY Daily News.

The following year, on the 100th anniversary of Flood’s untimely death, Nucchio and two other officers tried to go to the deceased patrolman’s grave to pay their respects, but it was difficult to find because there was no tombstone.

“We finally found the location, but there was just grass,” Nucchio said. “(Cemetery employees) told me there was no stone there. I called Maureen up and she told me that there was never a stone.”

Due to a family feud, Officer Flood’s widow was never able to purchase a tombstone for her late husband’s grave.

Even O’Grady had tried to place a tombstone on her grandfather’s tomb, but she was never able to save enough money to do so.

Nucchio knew he couldn’t stand by while a brother in blue was buried in an unmarked grave so, with O’Grady’s blessing, he began fundraising to purchase a new tombstone.

“We had to do something. Over 100 years had gone by and he’s been laying there with his family in an unmarked grave. It didn’t seem right,” Nucchio said. “It was a no brainer.”

Ultimately $9,000 were raised to cover the costs to purchase, engrave and place the tombstone on Flood’s grave.

The long-awaited tombstone was placed on Flood’s grave last week.

O’Grady was able to visit her grandfather’s tomb and see the newly erected tombstone on Monday.

“It’s something I’ve been hoping to do for many years and to see it fulfilled is such a blessing,” she said. “This is not a monument just to him, but to everyone in the police department.”

Nucchio said it was a “genuine honor and privilege” to help get the tombstone on Flood’s grave.

“It’s our way of thanking Patrolman Flood for his service and thanking his family for giving him up to the city,” he said. “I feel like he was part of my family.”