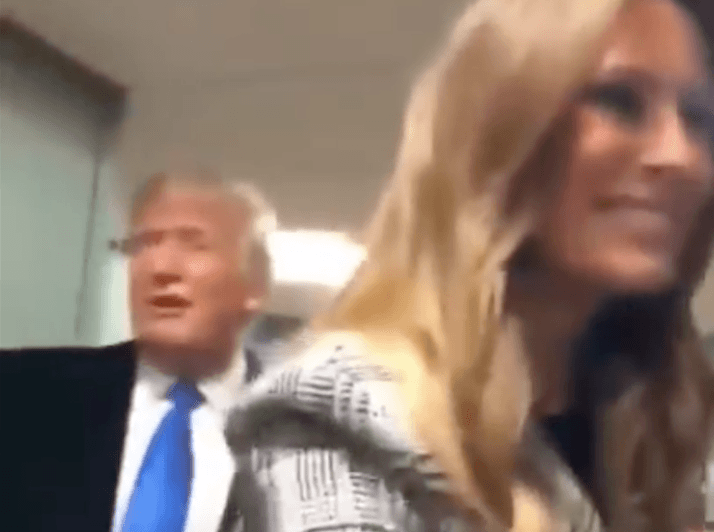 President Donald Trump and First Lady Melania Trump took a moment to thank excited staff at Pittsburgh University Hospital during his visit to the city on Tuesday after last weekend’s Tree of Life Synagogue mass shooting.

Gasps from the hospital staff were heard as President Trump, First Lady Melania Trump, Ivanka Trump, and Jared Kushner passed by in an adjacent hallway.

The staff called out to President Trump as he passed by.

President Trump and First Lady Trump immediately turned around to greet and thank the doctors, nurses, and staff of the hospital.

“Can I shake your hand, sir?” one of the male hospital staff members asked. .

President Trump quickly complied and shook the hands of the hospital employees, thanking them for their hard work.

“Thank you, first lady,” said one of the female employees as Melania Trump shook the hands as well.

President Trump also took a moment to speak with one of the operating room staff members, sharing a joke.

“Thank you all very much,” he said.

“I love you, Ivanka,” said one of the male employees as Ivanka Trump smiled and Jared Kushner gave a thumbs up before the White House delegation continued its visit.

On Wednesday morning, President Trump tweeted another video of his visit to Pittsburgh, noting that he had been very well received, even though the “fake news” media had criticized him and focused on left-wing protests.

Melania and I were treated very nicely yesterday in Pittsburgh. The Office of the President was shown great respect on a very sad & solemn day. We were treated so warmly. Small protest was not seen by us, staged far away. The Fake News stories were just the opposite-Disgraceful! pic.twitter.com/9B9HgCF1G9

This video captures the divide in America perfectly. While the elite journalists sneered at Trump’s visit to Pittsburgh and elevated the left-wing protesters outside, the nurses and staff who actually care for victims applauded and thanked the president. https://t.co/QBLNxSZos9

Other reactions on social media were similarly positive.