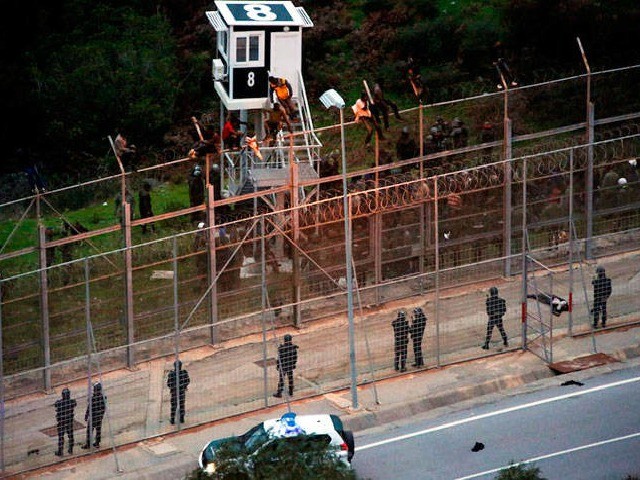 MADRID (AP) – Media reports say a van carrying 52 migrants has smashed through border barriers between Morocco and Spain to enter the Spanish enclave of Ceuta.

Spanish private news agency Europa Press, citing Red Cross officials, said the van sped across the border before dawn Monday, breaking through at least one metal gate. The sub-Saharan migrants were later detained by police in the city.

Migrants gathered in Morocco normally try to scale the 6-meter (19.5 foot) wire fences that separate Ceuta from Morocco but rarely try to cross in vehicles.

Once in Ceuta, the migrants typically apply for asylum or wait for an opportunity to travel to mainland Spain.

Europa Press said four of the migrants were treated in a Ceuta hospital for minor injuries suffered in the crossing.