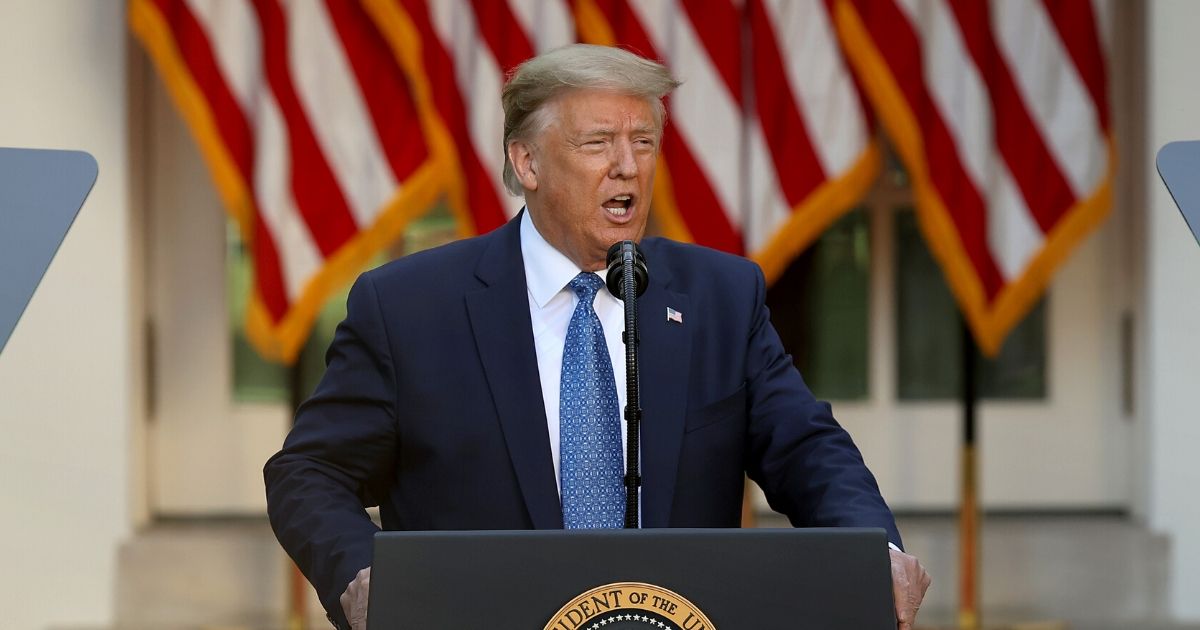 When former Defense Secretary James Mattis declared a war of words Wednesday on the president he once served, he had to know he was in for a fight.

But he might not have realized how hot it was going to get.

In a Twitter post late Wednesday, President Donald Trump showed how big a fight it was going to be.

…His primary strength was not military, but rather personal public relations. I gave him a new life, things to do, and battles to win, but he seldom “brought home the bacon”. I didn’t like his “leadership” style or much else about him, and many others agree. Glad he is gone!

“Probably the only thing Barack Obama & I have in common is that we both had the honor of firing Jim Mattis, the world’s most overrated General. I asked for his letter of resignation, & felt great about it,” Trump wrote.

“I didn’t like his ‘leadership’ style or much else about him, and many others agree. Glad he is gone!”

Trump was reacting to a lengthy statement from Mattis published by the liberal magazine The Atlantic on Wednesday, in which the retired secretary of state and former Marine general attacked Trump’s visit Monday to St. John’s Episcopal Church in Washington – a historic site that had been damaged by fires apparently set by rioters across the street from the White House Sunday night.

In the statement, Mattis, who has publicly feuded with Trump since the president pushed him out of the White House earlier than expected, savaged Trump’s performance in the face of nationwide chaos ostensibly ignited by outrage over the May 25 death of a Minneapolis man in police custody. (What looting an Autozone in Los Angeles has to do with the death of George Floyd in Minnesota is apparently something only liberals can understand.)

Did this statement reduce your respect for James Mattis?

“I have watched this week’s unfolding events, angry and appalled,” Mattis wrote.

Mattis claimed Trump is “militarizing” the government’s response to the protests – as though hordes of rioters destroying once-prosperous shopping districts, untold millions of property, and individual American dreams did not constitute a danger to the country deserving of a strong response.

Quoting James Madison, he implicitly accused Trump of violating the Constitution, and drew a tacit comparison between the Trump administration and the Nazi regime of World War II Germany.

White House press secretary spoke for the rest of the administration — and countless millions of Americans sickened by the events of the past week — when she branded Mattis’ statement the nonsense it was.

Under President @realDonaldTrump’s leadership, there will be NO burning of churches, looting of businesses, destruction of property, and assaults on civilians and police.

America will unite in LAW AND ORDER!

Mattis might claim to be “appalled,” but his statement was appalling – in its reasoning and its conclusions.

“Donald Trump is the first president in my lifetime who does not try to unite the American people—does not even pretend to try. Instead he tries to divide us. We are witnessing the consequences of three years of this deliberate effort,” Mattis wrote. “We are witnessing the consequences of three years without mature leadership. We can unite without him, drawing on the strengths inherent in our civil society. This will not be easy, as the past few days have shown, but we owe it to our fellow citizens; to past generations that bled to defend our promise; and to our children.”

“General Mattis in his statement doesn’t say as damn thing about the people who are being harmed by these mobs. Not the police, not the minorities, not all human beings … Not a damn thing,” Levin said.

“He pretends these are peaceable protesters.”

“You might want to educate yourself a little bit before you undermine the commander in chief in the middle of an insurrection,” Levin said, addressing the former secretary of state. “What a disgrace.”

As Levin noted, Mattis’ statement will be “celebrated” it will play well in The New York Times and on CNN, two news outlets that despised Mattis’ success against the savages of the Islamic State group. But as arguments go, it’s hard to get much weaker.

Trump is the first president in his memory who doesn’t “unite” Americans?

Maybe Mattis has forgotten the presidency of Barack Obama  — he should remember it, since Obama fired him (and Mattis strongly criticized Obama in a book published last year). Maybe he doesn’t remember that the county was not exactly united behind the socialist transformation Obama and his increasingly dangerous political party tried to foist on the country – and would have succeeded if not for the Republican victory in the House in the 2010 midterms.

Maybe he doesn’t remember the presidency of George W. Bush – the president who spent eight years being attacked as a wannabe dictator by liberals in this country.

It would be just as easy to make the argument that neither of those men “tried” to unite the country but instead tried to “divide” it as the argument could be made about Trump today. It would be easier, actually, because neither of them faced anything like the relentless hostility of the mainstream media and popular culture that Trump has.

And Mattis, who is clearly not stupid, knows it.

The statement an act of intellectual dishonesty that puts a stain on Mattis’ undeniable service to the United States – especially as the secretary of state to the president he now maligns.

And Mattis’ own career of honorable service deserved better.

In one of the biggest fights of his life, he picked the wrong side.